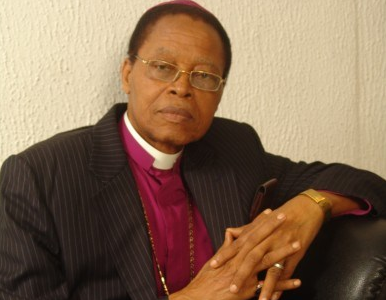 Every time you needed him, he was there.

There are no words.

To express how I feel albeit to say that it was he who showed me that God is alive.

I remember when he touched my hand, and I felt burning fire creep up my arm.

Until the fire reached my shoulder and I passed out in church.

I remember when he said to me.

“Jude, God says you will be an Evangelist for him. Do you receive it?”

And he smiled in his preternatural way and said.

“It doesn’t matter how long it takes for his words to come true, but God does not lie.”

He was the one who told me to write my first play.

The Snares of Lucifer.

He told me to direct it.

It sowed the confidence I needed to chase a live time of writing and the audacity to chase a career in Theatre and Film.

He was the one who wrote the foreword to my first collection of poetry.

When I took them to him to read it, on the urging of my father, he did.

After which he asked.

Then he said, smiling, his iridescent eyes piercing.

I was young then.

In my late teens and early twenties.

And later on I will call him from Canada and speak.

I would visit him at this house in Lekki and discuss.

And he would say to me.

“I tell Christians. The God you serve did not stop speaking after the book of Revelations.

He still speaks to people today as He spoke to people before.

Just get to know Him. He is your Father and your Creator.

He will hold that conversation with you that is reserved for you.

Just the same way he had the conversation that was reserved for Moses with Moses and for Abraham with Abraham.”

A man of uncommon integrity.

So incorruptible that when he retired from the police force as a Deputy Inspector General of Police, he had only one house in Benin,

none in Lagos, except an undeveloped land in Iyanu Ipaja, on which he started building a church,

while he took his large family and squatted with his first son, Ale Einstein Omeben, in an LSDPC flat in Ebute Metta.

A man whose piety was so mind boggling and awe inspiring

that when his former colleagues and past Inspector General of Police saw his living conditions after retirement,

and buy him another car to help with the burden his only car was suffering as it doubled as family and church car.

This was a man, who was, using his own words – sold to Jesus.

So sold that in the police force he was called – Olopa Jesu – meaning – The policeman of Jesus or Jesus’s policeman.

When the notorious armed robber, Lawrence Anini terrorized the then Bendel State,

and the then military dictator General Ibrahim Babangida asked the then Inspector General of Police, Etim Inyang the famous question.

“My friend, where is Anini?”

It was he the Inspector General of Police sent to catch Anini.

Because the police was so corrupt and the Inspector General of Police couldn’t trust anyone else, so he sent him to Benin from Lagos to clean house.

The police informant DSP Iyamu told Anini and his gang that if they allowed this man get into Benin they will be caught.

He gave them his picture and they attacked his official car as he made his way into Benin.

His driver was abducted and killed, he mysteriously survived and a couple of weeks after his arrival,

through one of the crack teams he assembled headed by Superintendent of Police, Kayode Uaneroro,

every single one of them were arrested, including the informant.

He was a man of deep spiritual antecedents.

In my father’s words when I first told him I was attending his church.

“You know, he was the only one in the history of Edo College to write Atheist in the space allotted for religion on the entrance admission form?”

Yet he was called by God.

The one who did not search but was found.

“God called me, Directly. Audibly. Just like I am speaking to you now. With my own name. Akhigbe.”

First through the Celestial Church, right to the closest circle of it’s founder Prophet SBJ Oshoffa

and then on a spiritual journey of personal evangelism which brought him to the Pentecostal fold,

where he began a house fellowship at his official residence

on the then Queens drive now Oyinkan Abayomi drive in Ikoyi,

before morphing it to a church,

on his only land in Lagos at Iyana Ipaja, when he retired from service.

It wasn’t like the big churches with thousands of members.

It wasn’t the church that preached the prosperity doctrine.

It was just a simple church that spoke about the need of a life changing personal relationship with God.

A relationship that encapsulated the doctrine of good neighbourliness.

One of charity, love and community.

It was the first Pentecostal church I ever stepped into, being born a Catholic.

A church I went to, to see my friend Sam Chidoka, who is now a bishop in the same church, sing in the choir.

It was for me, at the time, a place not to worship the Divine, but a place to enjoy good music and savour beautiful girls.

And I chased them wholeheartedly in no particular order.

And it was during that chase, I found God – A living God.

That is a story for another day.

For today I speak about a man who was soft spoken.

A man who etched himself into the fabric of your mind once you had a personal encounter with him.

He would speak of things that were so deep and earth shattering that you would sit rooted as you listened to him.

Then he would say to you.

“There are somethings one cannot share on the pulpit about God because it will shake the faith of those young in the faith.

But I tell you these things because although you may not know it yet, your understanding of the deep things of God is already there.

All that needs to happen is for the Holy Spirit to light a fire in you and bring it to your reckoning.”

As I lost my faith and walked far from the things of God.

I am still in the wilderness.

But I still remember every encounter I had with this too great a man.

A man who was also like Chinua Achebe, the Eagle on the Iroko tree.

Yesterday, the Iroko tree fell and the Eagle soared towards the setting sun.

A former Deputy Inspector General of the Nigerian Police Force.

A man who said that he knows the year, but not the day, when he will leave this ephemeral plane for the ethereal.

He closed his eyes to this plane to open it in the next.

It is a transmogrification and not a death as we know it to be.

For when my father, who was his school father at Edo College died and I had told him.

He had said to me at the time.

“Stephen will come to me and I am sure he will tell me what happened to him. I know you do not see him, but believe me, he is still around for a while, before he will leave to meet the One from whom he came.“

So I believe he is still here but albeit very briefly.

Reminding us of the lessons through the memories.

For his soul is one filled with light.

And that light will travel swiftly to the source of all light.

Where he will find the peace that is assured for all who see the light, follow the light and abide within the grace and love of the light.

I celebrate this man, now and always and thank him so very much for the privilege of seeing the light and experiencing the grace, even though I have fallen away from it.