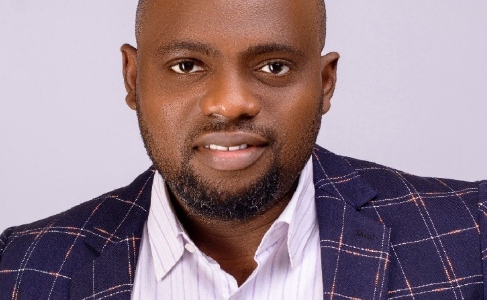 Emeka Nobis is a quintessential writer, coach, business consultant, and trainer. Recently, one of his posts went viral where he expressed his disgust by the culture of burials, specifically one that emphasised on extravagance and waste. Following the public support for the post, liveonmemories reached out to him to discuss among other things, one of the most profound experiences he had losing a loved one.

You’ve recently lost a loved one. Accept our sympathies. We will like to know how did you process the news of your loss and what profound effect it had on you?

Well, my cousin had been in lots of emotional pain before she died. We’d lost touch at some point before her demise. I watched her grow in size due to her feeding habits and when she started experiencing nose bleeds, I feared for her life.

When I got the news, what came to mind immediately was, “Now, she can be free from the pains.”

By the next day, I’d gone into an emotional rollercoaster when flashes of how we had comedic banters hit me. I couldn’t exactly describe how I felt, but I swung from indifference to anguish and a bit of calm.

One of your latest posts chronicled your observations about people’s attitude to burials, somewhat suggesting wastefulness of resources in some cases, do you think Africa or Nigeria is ready to cut down on flamboyant burials?

We weren’t ready to stop the killing of babies but Mary Slessor did it, not by violence, but via conversations and doing what it took to stop it.

Culture is made by a people. People also unmake culture. The conversations have started, even when people think we aren’t ready.

The COVID situation showed us we could bury our own without all the fanfare. We’ve learnt from that and the conversations are now happening. Rebels will take on it and we will shift narratives.

When men die, we are left with memories. Could you take us down memory lane on some of the most profound experiences you’ve had with those you’ve lost to death.

I’ve lost a lot of friends and extended family members. The one that hit me most was in 1997 when my uncle died. His name was Kevin. We all called him Uncle Kevin. He was tall and handsome and had a nice mien. I was 17.

He had relocated back to Nigeria from the United States in the late 80s and stayed with us in our home as a means of resettling here to find his feet. One of the favourite times we enjoyed with him was when he made a statement regarding my younger sister, “This girl likes the shower.” My sister always loved shouting and singing loudly while taking her shower. It was on that premise that he made that statement. We coined it to “This girl like shower” because of the accent. We sang it as song.

When he died, I cried so much. It was the first time I was seeing someone lie in a casket. It was surreal. The night he was buried, the makeshift stead on which his corpse lay was still in the sitting room and I was asked to sleep there. Fearlessly, I did. That experience hasn’t left me till date.

Immortalizing the dead is not such an intentional deed in Nigeria. How well do you think Nigerians can scale up on how to immortalize their loved ones?

I think we are already doing it. People have set up yearly remembrances in form of symposiums. Streets are name after them. Statues are also built.

Being an author, I’ll love to see many dead people immortalized in the form of books.

You’ve been acquainted with the live on memories project. What’s your overall impression and how much support can we get from you?

I think it’s a great project. It’s my first time to see a Nigerian involved in something as weird as immortalizing the dead and writing about the dead.

As a form of support, I can share about what you guys do on my platforms.

Emeka Nobis is the CEO of Emeka Nobis. He is a prolific writer and seasoned speaker. He has authored several books including Your Book Will Sell. He is committed to the development of business and organisational thought leaders.