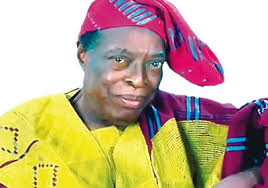 The famous Nigerian broadcaster, Pa Adebayo Faleti, died at the University College Hospital, Ibadan in the early hours of Sunday at the age of 86.

In addition to his broadcasting work, Mr. Faleti was a poet, journalist, writer and actor. He was also pioneer of the first television station in Nigeria, Western Nigeria Television (WNTV), and famously translated Nigeria’s national anthem from English to Yoruba.

The renowned broadcaster also worked as a teacher at Ife Odan, located near Ejibo Town and was the general manager of the Broadcasting Corporation of Oyo State (BCOS), also known as Radio Oyo.

He has received many awards, both locally and internationally, including the national honor of Officer of the Order of the Niger (OON), the Festival of Arts award with Eda Ko L’aropin and the Afro-Hollywood Award for Outstanding Performance in Arts.