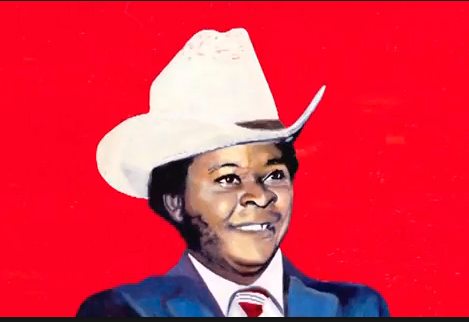 William Onyeabor, the highly influential Nigerian funk musician has passed away at the age of 70, following a brief illness, according to statement released on his Facebook page.

Popularly described as a great Nigerian business leader and mythic music pioneer, little is known about the synth funk musician. I only got to know about him a few years back when I accidentally stumbled on one of his classics, Atomic Bomb, on a popular UK pop culture website and ever since the discovery, I’ve been a huge fan of his music which mostly take on social issues.

“I only create music that will help the world.” he said in rare interview with BBC Radio 6 Music’s Lauren Laverne in 2014.

Here are some of the things you need to know about the late musical genius.

Starting his career in 1977, Onyeabor composed and self-released nine albums of electronic funk over his lifetime, albums which he recorded, pressed and printed at his own pressing plant in southeast Nigeria, Wilfilms Limited.

Onyeabor gave up recording in 1985 after becoming a born-again Christian.

In his home state of Enugu, he was crowned a High Chief and he ran, among other things, a flour mill, a gas station and the city’s local football team, the Enugu Rangers.

Meanwhile,factmag.com reports that David Bryne, has paid him a tribute. He writes:

“Wherever he’s gone, it’s sure to be a place with a lot of heart and some killer grooves.”

Byrne’s label Luaka Bop released the retrospective compilation Who Is William Onyeabor? in 2013 and the following year toured the songs of Onyeabor live as part of the Atomic Bomb! Band, of which Byrne himself was a member.

Writing on his website yesterday, Byrne praised the groundbreaking musician’s “conscious lyrics and messages and his entrepreneurial ambitions.” He continued to operate his vinyl mastering and pressing machines up until selling them last year.

He makes reference to one of Onyeabor’s best known tracks, ‘Better Change Your Mind’ – “a song whose message is as relevant today as it was then” –  before signing off with “wherever he’s gone, it’s sure to be a place with a lot of heart and some killer grooves. Rest In Peace.”

His compilation album, ”Who Is William Onyeabor?” was number 4 on TIME Top 10 Albums of 2013

His song, ”Body and Soul” was used as a soundtrack for the fifth installment of  popular video game, Grand Theft Auto.

In 2014, Vice released a short documentary called Fantastic Man that explored Onyeabor’s music and included its filmmakers trying, and failing, to track him down for an interview.

In 2014, Onyeabor spoke to the BBC 6 Music presenter Lauren Laverne, giving the only radio interview of his life.

He is survived by his wife, four children and four grandchildren.