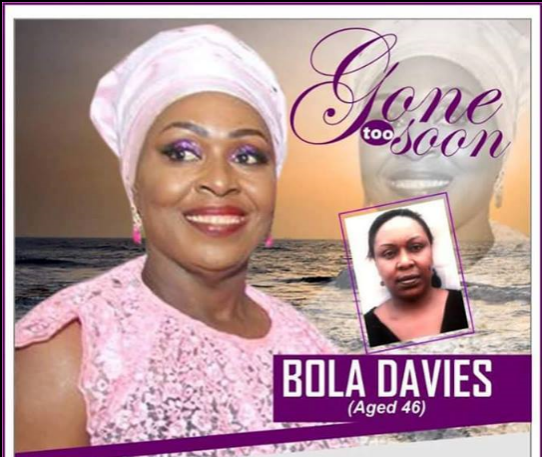 Bola Davies, a top journalist with City People Magazine, has been reported dead following her battle with cancer.

According to an announcement on the website of the magazine, Davies who was its Oyo/Osun Bureau chief, died on Wednesday, October 19, 2016, at her hometown in Ondo State.

The lady who was described by colleagues as very dedicated and resourceful, joined City People magazine over 10 years ago and rose through the ranks to become a Deputy Editor before her demise.

According to information made available, there will be an evening of tribute for her at the Corporate Office of City People’s Magazine on Wednesday 26th October 2016.

May her soul rest in peace.