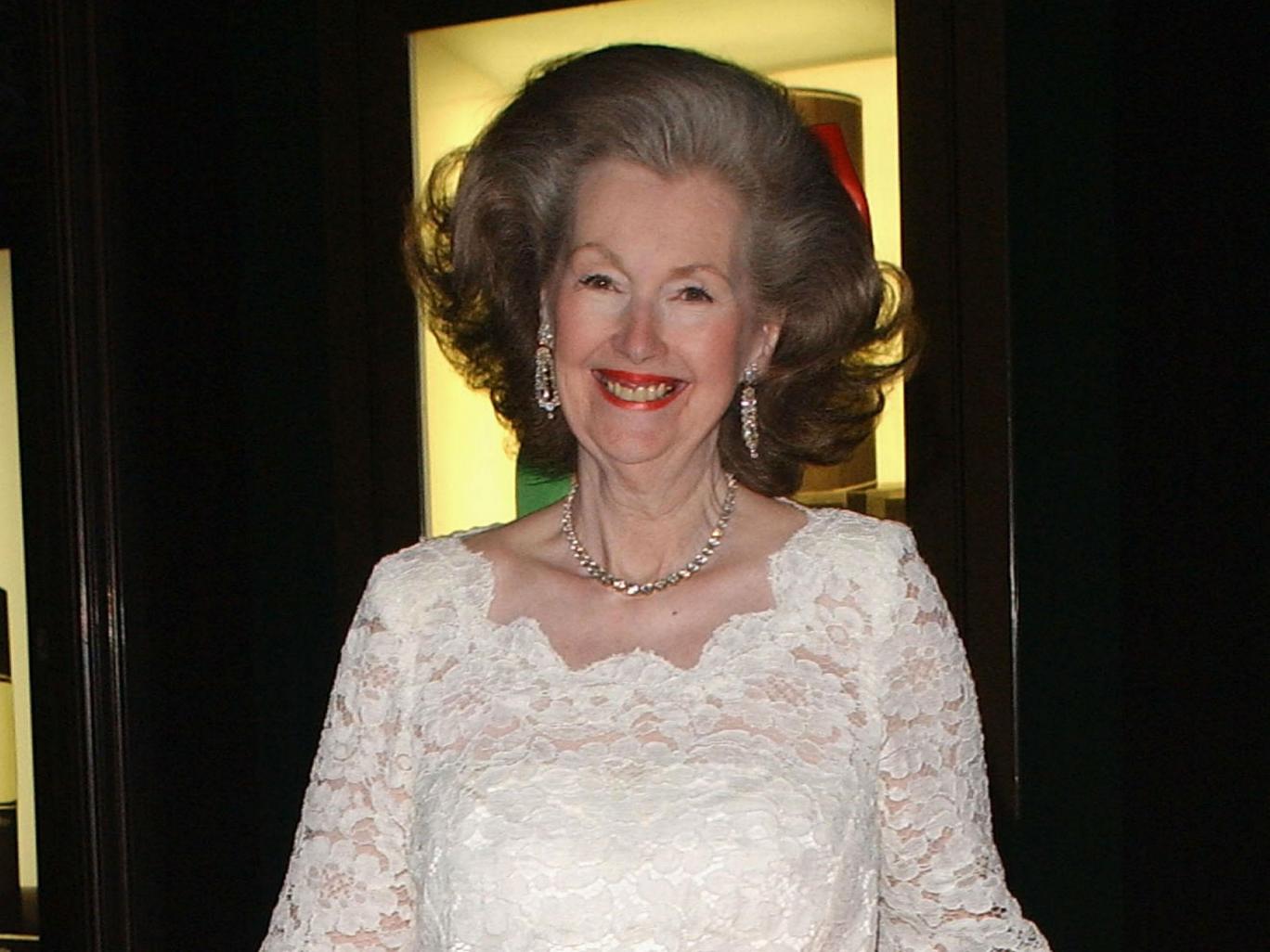 Raine Spencer, the stepmother of Diana, Princess of Wales, has died aged 87 after a short illness, her family have said.

Countess Spencer died on Friday morning at her London home, her son William Legge, the Earl of Dartmouth and a Ukip MEP, confirmed.

In a short statement the family said: “Raine, Countess Spencer, died peacefully at her home in London on 21st October, 2016, after a short illness.”

Countess Spencer was the daughter of prolific romantic novelist Dame Barbara Cartland and grew up in the rarefied world of upper class England.

She was famed for her immaculate dress sense, bouffant hair, pearls and clipped accent but as a young mother served as a councillor for the London borough of Westminster and went on to hold positions on many other bodies.

Spencer amassed a collection of aristocratic titles from her marriages to men from the upper echelons of society.

At various points in her life she was known as Raine McCorquodale, the Honourable Mrs Gerald Legge, Viscountess Lewisham, the Countess of Dartmouth, Countess Spencer, the Dowager Countess Spencer and Countess Jean-Franois de Chambrun.

The Countess had four children with her first husband Gerald Legge, 9th Earl of Dartmouth, whom she married in 1947.

In the early 1970s she met Diana’s father and the Countess married him in 1976, a year after he became Earl Spencer, and after she had separated from her first husband.

Much has been written about the relationship between the Countess and Diana and how it was strained but it in the early 1990s there was a reported reconciliation between the two women.

In an interview with the Gentlewoman magazine last summer Spencer said about her stepdaughter: “She had incredibly heavy pressures put upon her, but we ended up huge friends. She used to come and sit on my sofa and tell me her troubles.”