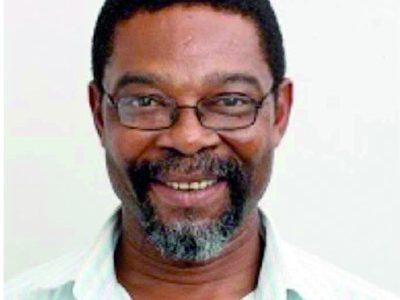 He Looked Like A god Who Loves To Smoke- Dr Olugbemi Odes To Prof. Harry Garuba

To Harry Garuba with deep pain, tears and a personal sense of loss.

Until I was a postgraduate student at University of Ibadan in 2008, I didn’t know Prof Garuba. That position changed when I enrolled for a M.A (English Literature) programme at Ibadan and I met Prof Garuba, not in person though, at first.

Like Prof Pius Adesanmi, I met Prof Garuba on the pages of books and journals, where his indelible footprints served as priceless maps for navigating postcoloniality and African Literature.

Sadly, by that time, he had emigrated to South Africa; an epitome of Nigeria’s self-inflicted brain drain curse.

Despite his absence, Prof Garuba still loomed large in scholarship and personality over UI’s English Department as well as postcolonial studies; a field he bestrode like a Field Marshal.

Fueled by a deep-seated desire to learn under his feet and to share a connection with Prof Raji in another way, I made plans to pursue a PhD at University of Cape Town under Prof Garuba, who at that time was the Director, Institute of African Studies, UCT, after he had also visited UI at the twilight of my studies to push the idea of collaboration between UCT and UI.

Those PhD plans failed because they’re not meant to be, not for want of diligent pursuit.

Imagine my surprise and joy, when I reconnected with Prof Garuba during the 2013 D.O Fagunwa Conference, Akure.

Ever gentle, genial and welcoming, he opened his arms to me; a young and upcoming scholar, who had visualised him a god.

During the breaks, I would always go look for him outside the main hall, where he liked to smoke in quietude. To me, he used to look like a god who loved to smoke.