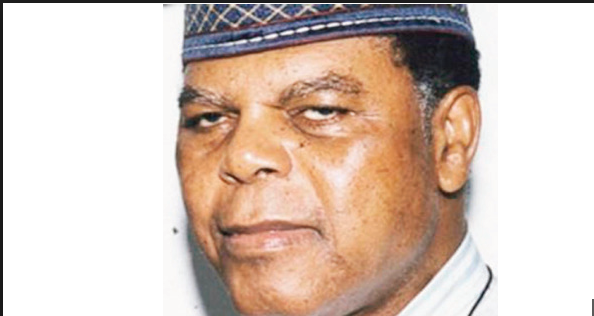 Disclosing this in a statement, the family said he died in a US hospital in the early hours of Tuesday.

His death comes about five weeks after Felix, his brother, was buried.

The successful businessman also tried his hands in politics, contesting the 1983 governorship election of the old Bendel state. However, he lost to Samuel Ogbemudia.

James Ibori, former governor of Delta state, described Ibru’s death as “a great shook, not because the man who was born in 1930 and so was 86 died young, but because he was one of the few that actually defined the veritable Nigerian entrepreneurial spirit”.

He said the deceased was a trail-blazer who streaked through Nigeria like a meteor, lighting up the way for others to follow.

“In 1956, Ibru was just a 26-year-old young man, yet he had the vision and the boldness to leave the U.A.C, and started a partnership with an expatriate, Jimmy Large, which he called Laibru,” Ibroi said via a statement signed by Tony Eluemunor, his media assistant.

Laibru successfully engaged in general trading, yet, a year later, Michael Ibru discovered some loopholes he could plug in the frozen fish market.

“Although this business was cornered by expatriate firms, Ibru plunged into it, establishing an importing company, rented and built cold storage facilities across the country, and by the mid-1960s fish business had become the traditional money maker for the Ibru organization.

“From, there, Ibru ventured into other profitable interests. He had such a Midas touch that he founded booming businesses in the fields of transportation, construction, etc.”

He also said: “The greatest lesson that Michael Ibru has left for Nigerians is that fact that he saw it as a point of duty to help his siblings develop their business empires, yet, they remained as one close knit family.

“The second lesson is that a business should not necessarily be a one-man concern. Thus, Ibru went into several partnerships with different people.

“The result is that today, the Ibru Organisation is an important segment of the Nigerian economy. In fact, it is an empire that runs from fishing to air transportation, Guardian newspapers, the hospitality business. In fact, the Ibru family-owned houses must have been one of the first private Real Estate firms in Nigeria.”

Similarly, Monday Igbuya, speaker of the Delta state house of assembly, condoled with the Ibru family, describing the deceased as a modest and strong businessman.

“Olorogun Micheal Ibru was a shrewd businessman with a good heart,” Igbuya said in a statement issued on his behalf by Henry Ebireri, his spokesman.

“Olorogun Michael Ibru as an international businessman, philanthropist, educator, a lover of children, grassroots organizer and community leader gained the respect, trust and love of the entire country and he will be greatly missed.”