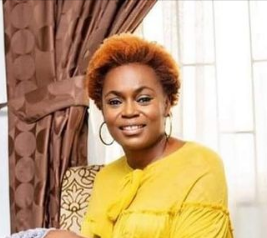 She Was The Kind Of Client A Coach Prays To Have- Award Winning Author, Emeka Nobis’s Emotional Farewell To Warrior Banke Alawaye

My heart is quaking to learn that she has exited the earth.

Toyin Ibidunni Adesola had made both of us guest speakers at the session.

When she handled the microphone and launched into her session, I was enraptured angelically by her beauty, voice, and intellect.

Yeah, I’m a sucker for pretty and intelligent women. Call it my fetish and you won’t be wrong.

Well, when we were done with our sessions, she said to me, “I want to work with you.”

As a consultant for 25 years, who had worked in the UK and in Nigeria, she said to me, “I love what you do. I have 25 years of experience as a consultant. I want to build my own platform.”

The next day she called as she promised and we spoke on the phone for more than 30 minutes. I told her my deliverables and the fee. She agreed to all and told me to send the invoice. Within 48 hours she paid.

Banke Alawaye was the kind of client a coach prays to have everytime. Smart, devoted, and connected with her future, she gave her all to achieve her goals.

From defining her brand, her ideal client avatar, social media profiling to creating the hypnotic content that feeds her tribe and growing her followers as an influential brand, she attacked everything with gusto without excuses.

She launched her website.
She wrote her ebook.
Worked on her automation system.
Built her emailing list.
Started digital webinars and trainings
Created her sellable products.

I loved calling her The Banke. It was my metaphor for being the boss and smashing it.

I remember how we worked on her hosting her first ever paid physical class. It was so joyful seeing her deliver so excellently.

As months progressed, I was envious of her achievements. How I loved seeing her face on fliers where she was invited to speak.

There’s a story about her life that sizzles. It’s one of overcoming limitations due to a life-threatening medical condition.

She lived with the sickle cell.

She was a warrior.

I never knew because her body never showed it. She was bubbly and her skin glowed. At 50 you’d think she was 30. She told me as we sat in a bistro at the Ikeja City Mall and had lunch.

We chatted four months ago as I’d usually check in to see her progress and have her talk to me.

But I’m glad she wrote a book for other warriors and the parents of those who have warriors they’re taking care of.

I believe her legacy won’t die and I think the daughter she left behind would continue to uphold her greatness.

Her 50 years on earth were worthwhile.

You can purchase her book for a warrior you know here https://bit.ly/Buy_TheWarriorWithinBook