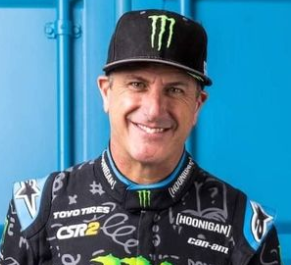 The motorsports /automotive industry is starting the year on a sad note with the passing away of one of the legends of motorsports in the world Ken Block (Kenneth Paul Block).

He died yesterday 2nd January 2023, succumbing to injuries sustained in a snowmobile accident. He was an American professional rally driver with the Hoonigan Racing Division formerly known as the Monster World Rally Team. He was also one of the co-founders of DC Shoes.

He also was a YouTube vlogger, creating massively interesting contents. He was well known for his dexterity behind the wheels of almost any car, pushing the cars especially his mostly customized cars to the extreme thresholds of their capabilities. He entertained the world with these feats and together with his crew and sponsors regularly released videos after videos of him driving and doing gravity and skilled defying stunts that keeps viewers glued to their seats in the Gymkhana series.

Unfortunately just like another legend Michael Schumacher, he also got involved in a snowsport accident, but unlike Michael who survived but with life-threatening injuries, Ken sadly did not make it as he was declared dead at the scene after his snowmobile flipped on a steep slope and landed on him.

Only hours ago yesterday before the sad incident he celebrated his daughter’s feat in rebuilding a car, and promised to post more on it not knowing that he was not going to be alive a couple of hours later.

Rest in peace Ken, you have played your part.