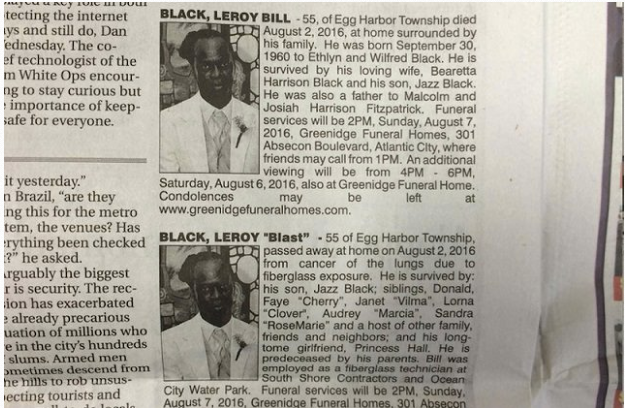 And while the first obituary lists Black’s wife Bearetta first among those who survive him, the second makes no mention of her—instead listing the rest of Black’s family members (like his son Jazz and six siblings) and, finally, Princess Hall herself. The second obituary also references a nickname (or pet name?) of Black’s: “Blast.”