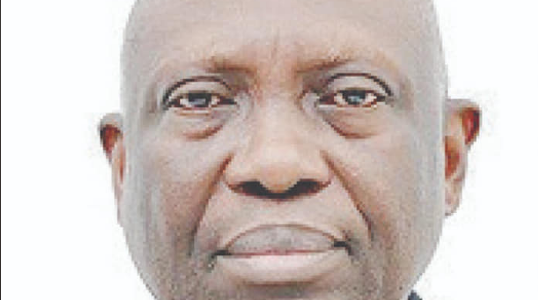 Posted on June 8, 2020 By Tobi Rachael
Tribute to Sir Remi Omotoso, an Ọmọluabi without blemish

Just learnt from the wall of Senator Ojudu Babafemi

that Sir Remi Omotosho has gone to join the saints

Baba was MD of Oodua Investment and his tenure till today remain the brightest moment for the conglomerate.
It was the same Distinguished Senator Ojudu who gave me Bàbá’s number to speak with him when there was an issue I was investigating on Oodua Investment
Since then, we became close and I used to visit him in his Ilupeju House in Lagos.
On one occasion he told me that the time a leader enjoy himself is not while in office but after office. He said the enjoyment is not about money but about what people say about you when you leave the office.

One day, he asked me to meet him at the headquarters of DN Meyer, a company he was the Chairman. I didn’t know the day was also the annual general meeting of the company.
On getting to the gate, I was refused entry despite telling the security men that I came on the invitation of the Chairman.
After waiting for a while, I decided to put a call through to him and told him that the security men did not allow me entry. He said: “Bandele, did you tell them I asked you to come? And I said, yes.
Then Baba surprised me and said, Bándélé wait at the gate the MD will come and bring you in.
I felt as if I didn’t hear him. The MD, Mr Oshunkiyesi?
Few minutes later, I saw the MD coming to the direction of the gate. Upon seeing him, the atmosphere at the gate side changed and everybody because nice guys with several greetings and salutations.

Then, the MD said: “Who is Mr Bamidele Ogunwusi?
I moved towards the gate and he asked who stopped me after I told them I wanted to see the Chairman and everybody went dumb.
Fast forward: Mr Oshunkiyesi took me to see Bàbá in his office and Baba told him. “MD, this is my friend. His name is Bándélé. He is now your friend from today.
I felt like, me?, your friend or your son?
And Baba said, both!
The last time I saw Baba was at the investiture of Dr Uche Olowu As President of the Chartered Institute of Bankers of Nigeria (CIBN) in Lagos.
He was there with his fellow Ekiti men who came to honour one of them who was the outgoing President, of CIBN, Prof Segun Ajibola in 2018.
Baba was the one who first saw me and he said, Bándélé, ku ojo mẹta and I turned around to look at who was that, then I saw Baba. I immediately prostrated to greet him and he said, Kaare Ọmọluabi
Baba, sun n re o
Ekiti State and Yorubaland has lost a great man in Sir Remi Omotoso.
Tribute written by
Ogunwusi Bamidele Segun