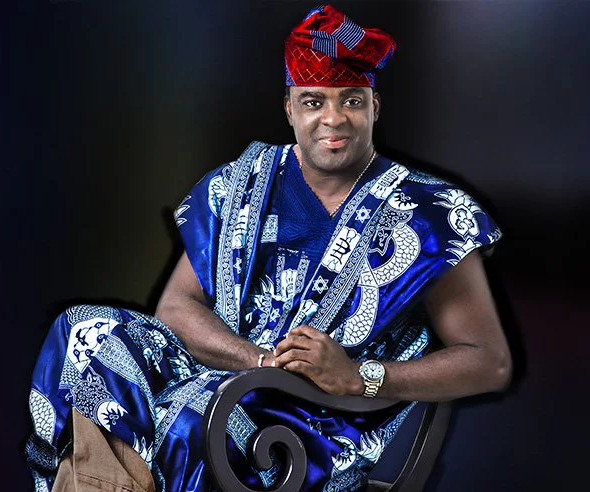 This was because Kunle and his siblings were quite young as at the time their father died on December 30, 1996.

Adelove was also a celebrated actor in his lifetime and has many of his children in the trade among them is Kune Afolyan, Aremu Afolayan, Gabriel Afolayan and Moji Afolayan among others. NAIJ.com spoke with Kunle at the unveiling of finalists of the extraprenuer who he is going to mentor for six months.

You are planning to celebrate your father 20 years after his death, how do you feel?

Concerning the Adelove 20 year’s anniversary, it is a dream come true for me because this man passed on 20 years ago and we’ve never really celebrated him. If for nothing at all at least he has given some of us life. Apart from the fact that he is my father, he also gave me more than that and such person needs to be celebrated.

During the film show in his memory on Thursday, December 15, we are going to reveal so many things many do not know about him as far as filmmaking is concerned, as far as Nigeria is concerned. And the Adelove family is trying to put up a stage performance in his honour on that day and the feedback has been encouraging by those he followed, those that followed him both within the industry and outside of it.

I remembered we were in the plane one day and Aki or Pawpaw was asking me who is Adelove, that is to show you that many filmmakers these days don’t know who Adelove is so this is an opportunity for people to actually experience what filmmaking used to be in Nigeria way back.

Your father made fantastic films while he was alive, how are the movies being preserved for consumption this time and do you have issues claiming your father’s works back?

Well, it was tough and I have been chasing his works. I stumbled on a letter written to my father from a film laboratory in UK and through that letter I figured where his works are. Usually when they shoot on celluloid you have a print and sometimes it wears out and once it does you can always go back there and do another print.

Unfortunately, all the prints that we had when my father was alive and even when he was gone were destroyed because we need to preserve them in a very cold room which we didn’t do. So the first time I had the opportunity to go to London I went to the lab and tried to get the films out but they gave me a quote of about £30,000 pounds which we couldn’t pay then.

Somehow, two to three years ago, the former Lagos state governor Raji Fashola and I were at a film event in India and I mentioned to him that sir, we don’t archive things in Nigeria and we have films of a lot of filmmakers stuck out there but I know where my father’s films are and he told me to apply for restoration and grant which Lagos state government took care of. That is how we are able to get new prints of those films.

You have been chosen to mentor three finalists of the Sahara Energy group sponsored extrapreneur. What is your view bout this project?

This project is a good initiative that Sahara Energy put up. It is something I had always loved to do but I don’t have the capacity yet. This is an opportunity here in Nigeria probably if I had this opportunity probably I would have done more. There are a lot of people out there looking for such an opportunity. Most of them can’t go to film school because they cannot afford it. In Nigeria, I don’t even think we have up to five good film schools. So this kind of opportunity will help the youth.

If tomorrow someone said, see I was mentored by Kunle Afolayan now I am making this type of film and my name is tied to it ,that is enough.

As a seasoned film maker, do you see a Kunle Afolayan in any of these participants?

I see that in many of them. The topic that they were given sort of limit how creative they can go and I discussed this with the management that next time don’t give them a topic just tell them to come up with something.

Because of the topic they were given most of them shot documentaries and you know documentaries might be boring cinematographic wise. So those are some of the things that lacked in their work.

For those I will be mentoring I am going to focus on infotainment documentary among other things. There are certain areas in filmmaking that if you compromise them you are not going to get a good result.