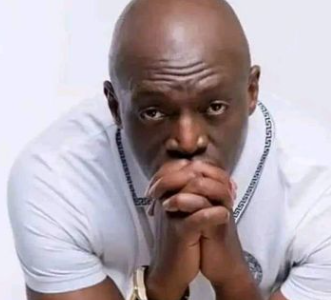 It has taken me almost a week to come to terms with the sad news of the passing of one of the world’s most prolific and talented Christian worship leaders – Sammie Okposo.

My paths with Sammie Okposo crossed at multiple levels.1. I grew up with his older siblings Harriet, Henrietta, Harrison, Humphrey, Hector, Blessing, and Elsie in Apapa in the 70’s.

We connected in 2000 when I co-produced the music album ‘Cry of Africa’ for which Sammie and I worked on the track ‘Wellu Wellu,’ written by the Warri-based #DCEnvoys who joined us in Lagos for the recording. Thereafter, Sammie and I would meet occasionally in #Nigeria and several other places around the world.

So many things stand out about this enigmatic and phenomenally talented musician.

1. He had feet of clay. He stumbled and fell but rose and dusted him self up, taking responsibility for his actions.

2. In many ways, Sammie reminded me of King David. Flawed, like every one of us, but an unrepentant worshipper of God.

3. He was a bundle of amazing energy. To be around him in a studio or music concert was an opportunity to be stunned by his prodigious God-given talent.

4. He did nothing in half measures. It was all or nothing. As a musician, he worshipped God with all of his heart, soul, and being. He was not going to concede that to any artiste on any stage anywhere. So profuse was his energy, that he had to constantly mop his brow with an ever-present white towel.

5. I had several opportunities to mentor Sammie over the years. He repaid the gesture always with respect and humility.

6. I last ran into Sammie at an airport in Europe. Both of us where on our way to catch connecting flights. Little did I know it would be a final good bye.

I join my life-long friends the Okposos, his dear wife, family, and countless friends and admirers worldwide, in expressing my deepest condolences on the passing of this meteoric talent – the likes of who may not be seen in a long while.R.I.P

#SammieOkposo and in the bossom of your Saviour and Redeemer.