Posted on June 23, 2020 By Tobi Rachael
It’s only natural that I commence this leg of the literary challenge with a picking from a body of literature that prickles my heart and which I find therapeutic.
My love relationship with Caribbean literature began with a course by that title during undergraduate studies and peaked with Literature of Black Diaspora taught at Ibadan by the cerebral and intellectually stimulating, Prof Remi Raji.
I always find myself passing courses which bend towards scattered, rootless and manumissioned bodies with effortless distinction. 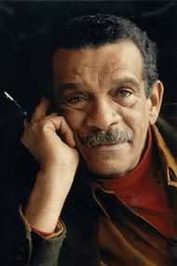 I bring you the controversial and revolutionary Derek Walcott with love.
Nobel Laureate, Derek Walcott is an iconic literary figure from the Caribbean. Together with V.S. Naipaul, Edward Kamau Braithwaite, George Lamming, Paule Marshal, Caryl Phillip, Earl Lovelace, Samuel Selvon and a host others constitute the generation of talented writers who birthed, shaped and put Caribbean Literature and Literature of Black Diaspora on the world map.
Born in the small Caribbean island of St. Lucia, Walcott founded the Trinidad Theatre Work and Boston Playwrights Theatre, which both helped birth a local community of writers across oceans and spatial territories. He won the Nobel Literature Prize in 1992.

Moon-Child is, in fact, a musical adaptation of one of Walcott’s previous plays, Ti-Jean and his Brothers, which is now over a half-century old.
In it, the devil comes to Earth in the form of Planter, who, as his name might suggest, is a wealthy creole landowner in St. Lucia. His servant The Bolom issues a challenge: whosever can cause the Devil to feel “anger / rage, or human weakness,” will win wealth and peace for themselves and their line.
Three brothers named Gros-Jean, Mi-Jean, and Ti-Jean (literally, Big, Medium, and Small John) take a crack at beating the devil. Gros-Jean, representing strength, fails when his anger gets the best of him and he explodes off stage during a dinner party.
Mi-Jean, representing smarts, tries to out-argue Planter, and dies after losing an argument with a goat. Finally, Ti-Jean, representing innocence, maybe-accidentally burns the Planter’s house and land to the ground, causing Planter “to vex,” and winning the bet right as his Mother dies.

The Bolom, seeing the beauty and pain of human life, asks to take mortal form and becomes Ti-Jean’s younger brother. And they all lived et cetera and so forth.
As the story might suggest, and as Moon-Child says itself, we are in the land of children’s stories here.
Twice the Narrator character calls the play a fable, first intoning, “No more money under the table / or ripping off the poor / The moral of this fable / is—Innocence is Power,” and, a few pages later, “in this fable her three sons / pay homage to her (The Mother’s) glory, / as you have heard it at least once, / this simple Creole story.”
As in Grimm fairy tales, the characters rarely have names and are pre- (or perhaps anti-) psychological, acting without subtext or subtlety, each standing in for some kind of personal quality or value.
Walcott’s choice to write almost the entire text in rhyming verse, alternating between an ABAB and AABB structure, reinforces the Once Upon A Time vibe even as he injects themes of post-colonial identity and the corrupting force of capitalism into the story. 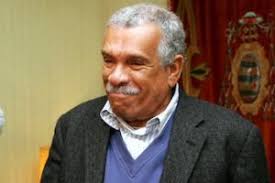 “Power enjoys an ecstasy,” Planter tells us, “that’s actual and slow, / that settles on all it can see / and smothers like the snow- / white flowers in the cedar, / embroidering the ground / with petals with as speedy / a claim and without a sound.”
At the same time, Walcott isn’t so serious-minded that silliness—including Mi-Jean’s malapropisms and a laugh-out-loud moment when Ti-Jean “eunuchised” the vexsome goat – are beneath him.
Moon-Child is, ultimately, a quite good and sophisticated work of children’s theater – exuberant in just the right ways, simple without being simplistic, filled with moments of stage magic and narrated like a story book – but it may or may not be completely aware of this fact.
Certainly the publisher, who decorated Moon-Child’s cover with a weeping mother straight out of The Trojan Women and proclaims the book “a remarkable new addition to the canon of one of the world’s most prolific Caribbean playwrights,” doesn’t seem to be aware of this.
Yet we shouldn’t think it insulting to say Moon-Child would make a great children’s play. Children should learn about colonialism too as theatre for younger people set can be every bit as creative, thrilling, ambitious, thematically dense, and artistically ambitious as theatre for adults.
Written by
Dr. Olumide Olugbemi
Lecturer. Essayist. Activist.