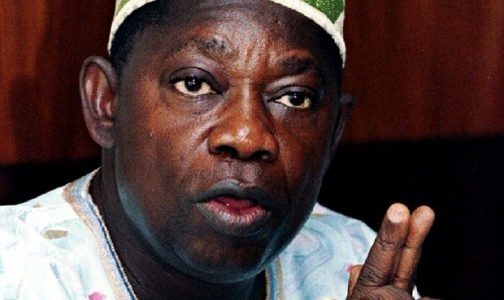 Say what you will, Moshood Kashimawo Olawale Abiola has finally achieved apotheosis. Not many humans are so lucky, or that endowed in life or in death. It is common to hear ordinary mortals say, in moments of deep frustration, Abiola should not have joined politics.

In theory, such proponents believe he would be alive today. That is normal, because no one likes to lose a loved one, no matter how old. But there is never a cast-iron guarantee about life and death. No one ever chose when to be born and when to die.

Abiola’s life was a stuff of fairy-tale, and eerily mythical. He was the 23rd child of his dad when he was born on August 24, 1937, to the family of Salaudeen Abiola, in the Gbagura compound of Abeokuta, Ogun State.

All 22 children born before him had died in infancy under varying and mysterious circumstances. His parents doubted if Moshood would stay or go the way of the other 22 children, the reason he was promptly and grudgingly named Kashimawo. But as fate would have it, Moshood not only stayed, other children born after him also enjoyed the same grace, making him a harbinger of good tidings.

As was the norm in those days, his parents were not economically buoyant, but they nevertheless struggled to send him to school.

Abiola showed much promise early in life. He was gifted with a magnetic brain, and photographic memory, and also had an unusual ability for entertainment. Indeed, his musical performances enabled him get money that helped him and other siblings fund their education.

The beginning of the great entrepreneur that he was to become was already sowed, and germinated, from such business dexterity. Abiola did not allow his under-privileged pedigree to affect him. His thirst for knowledge was insatiable.

He spent his most formative years at the famous Baptist Boys High School, Abeokuta. That was where he encountered Christian teachings and assimilated the Bible alongside his Koranic background. He became a versatile man who never discriminated against anyone on account of tribe or religion.

After secondary school, he worked briefly as banker with Barclays Bank in Ibadan. Thereafter, he proceeded to Scotland in search of the golden fleece and obtained a First Class degree in Accountancy from the University of Glasgow and a distinction from the Institute of Chartered Accountants of Scotland.

He worked briefly abroad before returning home to work at various companies, including University of Lagos Teaching Hospital, Pfizer Nigeria Limited and eventually, ITT Corporation where fortune and fame smiled on him. His was a meteoric rise from grass to grace because of his boundless energy, prodigious brilliance, great tenacity, never-say-die attitude, clear-headedness and uncommon ability to make and keep friends, in low and high places. He rose to become Vice President of ITT in Africa and the Middle East and Chairman of ITT’s Nigerian subsidiary. 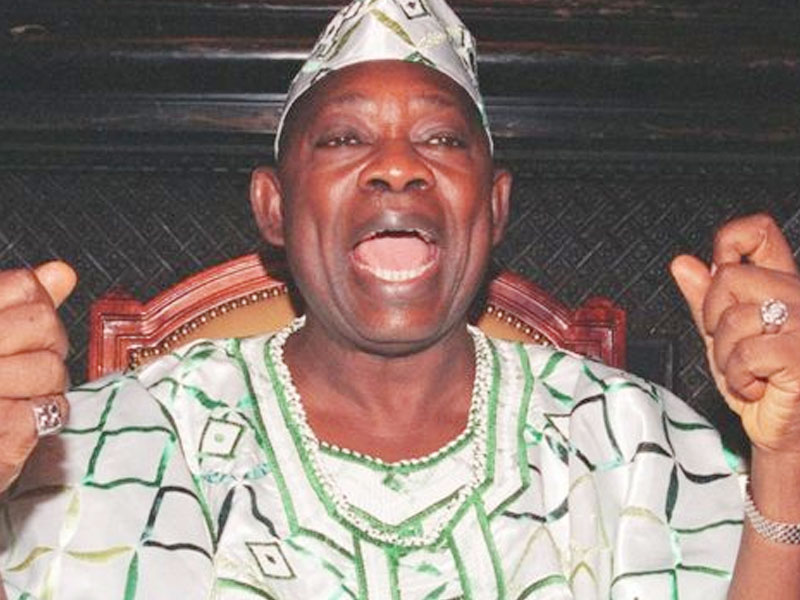 Abiola’s business interests were humongous. He was more than an octopus with long fingers in many pies. He had substantial investments in telecommunications, oil and gas, media, music, farming, shipping, banking, sports, real estate, bookshops, airlines, bakery, bulk deliveries, printing, and so on. In his time, Abiola was probably the largest employer of private labour in Nigeria, with offices and homes in several countries abroad.

Abiola was the quintessential philanthropist and a most generous giver who gave unconditionally to people, organisations, institutions, communities and societies of different persuasions.

He contributed to building many churches and mosques across Nigeria, water projects, medical facilities, libraries, sports facilities and so on. On a single day, he donated N1 million each to 30 Nigerian universities, an unprecedented and most remarkable move that endeared him to students and parents nationwide. Abiola changed the stature and status of journalists in Nigeria by elevating them from Press boys to gentlemen of the Press through incredible wages, training, exposure and incentives.

Abiola was a self-appointed Ambassador Plenipotentiary and Extraordinary of the black race. He championed the causes of Black people all over the world by leading a ceaseless campaign for Reparations from the Western world for the many decades of slavery.

He was specially recognised by the American Black Caucus and was awarded an honorary Doctorate Degree by Tuskegee University, USA. He was a special friend of Lords and Royals and met many world leaders in recognition of his leadership and statesmanship. He was one of the most decorated Africans ever and possibly the man with the highest number of Chieftaincy titles on the continent of Africa.

Abiola’s foray into politics was never an accident. It was clearly planned and meticulously orchestrated. He had been a member of the National Council for Nigeria and the Cameroons (NCNC) at the age of 19.

He was therefore not a tyro when he rejoined politics in the late seventies. However, he was soon frustrated out of the National Party of Nigeria (NPN) by the shenanigans of a powerful cabal in 1981, because they saw the grave threat he posed to their obsession for power, as control freaks. He had set his eyes on the Chairmanship of the party as a launch-pad to his Presidential ambition.

He was told in unambiguous terms that the Presidency was not for sale. He went back home to lick his wounds with equanimity and waited to fight another day. But he was already a marked man who was being keenly watched by the Nigerian Mafia.

He had occasional brushes with the government of his supposed best friend, President Ibrahim Badamasi Babangida, who dribbled and waltzed his way through the labyrinth of power and left everyone dazed with his wizardry. Babangida’s transition time-table was as confusing as it was befuddling. But everything is for a season!

Abiola resolutely had his sight on the Presidency but bided his time patiently. Before he took the leap of faith in January 1993, he had made wide and extensive consultations and was reasonably assured that President Babangida was ready to hand over power, finally. Abiola bought the assurance hook, line and sinker and took what turned out to be a kamikaze plunge.

He fought with everything to upstage both Alhaji Babagana Kingibe as well as Alhaji Atiku Abubakar, his two main rivals within the Social Democratic Party. He won the ticket eventually but had to contend with the Governors of his party who were rooting for Kingibe. He ended up with a Muslim/Muslim ticket but his charisma, panache, affluence and legendary generosity meant that he got away with this huge risk and gamble, in a religiously volatile country.

He won the June 12 Presidential elections convincingly and resoundingly. Although the results have never been formally declared by NEC, the full details were before the High Court which ordered NEC to declare them. The military responded with such savagery and bestiality that nobody could have predicted or anticipated.

Abiola had managed to get very close, in fact too close, to touching distance of his holy grail when the military top brass struck and annulled the election, the first of its kind in Nigeria, because it was free and fair. The annulment was as audacious as it was reprehensible.

Abiola and his civilian army of supporters pushed hard against an obstinate and vicious military that ostensibly had nowhere to go, and rigidly insisted that it was not ready to go. A lot of water passed under the bridge and Abiola went through so much trauma trying to retrieve his stolen mandate. The world community watched in total bewilderment and anguish as Nigeria went through its season of anomy.

Unknown to Nigerians, and friends of Nigeria, Abiola was on his road to Golgotha. World figures came from the United Nations and the Commonwealth Office but neither Dr Kofi Anan nor Chief Emeka Anyaoku could convince Abiola to forget his mandate. He chose to die fighting like a man, a brave warrior in the forest of a thousand daemons, after all, he was the fabled and fabulous Aare Ona Kakanfo, the generalissimo of the Yoruba race. He had crossed the Rubicon and could not afford to let down the Nigerian people.

The Generalissimo is not expected to shy away or run away from a fight. Abiola’s wit and wisdom were surreal. His courage and devotion to the cause of Nigeria were never in doubt. His humility and generosity were clearly unparalleled. In short, in his own inimitable way, Chief MKO Abiola was nonpareil! 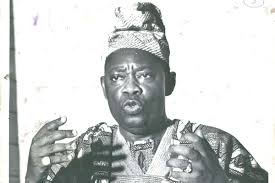 Abiola was last visited by two august visitors from America on July 7, 1998, Thomas Pickering and Susan Rice, and the unexpected happened. They announced that Abiola had died of “apparent heart attack.” That was it. Abiola instantly became a martyr for democracy. Abiola left the world in a dramatic fashion, just as he came.

The shockwaves of his death reverberated across the oceans to far flung places. Abiola was physically out of circulation, but the spirit and soul of June 12 was very much alive. Every effort to kill it remained abortive and aborted and could not be obliterated.

Abiola’s mandate stood ramrod for 25 years. Justice was delayed, but this one was never denied. President Muhammadu Buhari was probably haunted by the ghost of June 12, privately, as are a lot of others, both military and civilian.

For whatever reason, or possible motives, he did the unthinkable, by recognising Abiola as the true winner of that watershed election. He recognised that it has never been the case of a presumptive winner, but that of an outright and undeniable winner. He finally brought the ghost to rest yesterday, in Abuja, and got a thunderous ovation for his courage and vision.