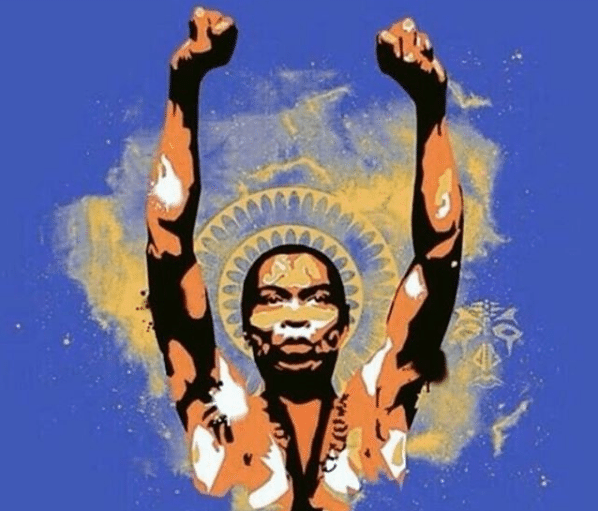 I woke up this morning to the news that Fidel Castro, the great Cuban revolutionist passed away on Friday at the age of 90. And i read a very interesting article on him by the New York Times which led me to reflect on the twilight settling down on many of the heroes we grew up knowing and have known.

These were men and women who stand by ideologies and firm values that guide their course of action even in the face of extreme opposition and the pain of death. They were the men described by Josiah Gilbert Holland has,

Strong minds, great hearts, true faith and ready hands;
Men whom the lust of office does not kill;
Men whom the spoils of office can not buy;
Men who possess opinions and a will;
Men who have honor; men who will not lie;
Men who can stand before a demagogue
And damn his treacherous flatteries without winking!
Tall men, sun-crowned, who live above the fog
In public duty, and in private thinking;

While this is not about Fidel Castro, but the men and women in his ilk who, have influenced nation(s) and people in a direction based on firm convictions as i mentioned earlier, men like Gandhi, Mandela, Mother Theresa, Princess Diana, Margaret Thatcher, Martin Luther King, Adolf Hitler, Lenin, Karl Marx, Che Guevara, Obafemi Awolowo, Sir, Abubakar Tafawa Balewa, Nnamdi Azikwe, Thomas Sankara and so much more.

Depending on the side of the divide you are with most of the names i mentioned here and those not mentioned but in the same class, they were embodiment of good and evil simply based on what you choose to believe about them. But be it as it may, they were a major rallying point for a cause they stand firmly by, believe in and thus influence the course of a country and nations by their singular vision and passion.

As they all pass away, with their vision, passion and energy, what they left behind, is more than frightful, as few of their ilk remains to provide a guiding light, a lighthouse by the shore beckoning to the correct path to follow and take. Their influence, fading in the twilight of their years till day fade no more to rise with the sun.

And comes the age of superstars, glamorous individuals with all the paparazzi and razzmatazz invading our space with no apologies whatsoever.

These are the generation of men and women who stand for nothing other than in the words of Meja, “It’s all ’bout the money”. Yes, its all about the money in this dispensation of superstars, its the money, the fashion, the ratings, the nudity, the booze, the follower-ship, in other words, its all about Vanity as Ebenezer Obey rightly captured it, “vanity upon vanity, all is vanity, vanity”.

Meja captures it succinctly in her track;

We find strange ways of showing
Them how much we really care
When in fact
We just don’t seem to care at all
This pretty world
Is getting out of hand
So tell me how we fail to understand?

Cause it’s all ’bout the money

These set of superstars are the ones influencing the next generation that would be coming up to take charge of the world systems and nations of the earth. And i cringe when i listen to them talk or write, how shallow they are and fickle. It still amazes me, how the generation that grew up knowing the stories of the superheroes and their feats could allow a degeneration to set in and fail to pass down the code and the system that would allow for continuation of set conduct and thought process.

Its more like we have lost the sense of ideology that guides us in our thought process and influences our decisions.  Which amongst all the superstars we adore and literally worship the ground they tread on, can influence policy that will bring about a change or better put change the course of a nation for good. Let me not jump ahead of myself, they do influence policies, such as nations now supporting and legalizing gay unions and associations in total variance to what the maker and creator prescribed for human relationships. Thumbs up for them. But you can clearly see, that, their impact on nations as been far from progressive. Its rather a retrogressive progression in the way we conduct ourselves and in the brazen manner we indulge in practices that would make the long gone and still living superheroes cringe in shame.

Which is why i love Wole Soyinka‘s response to the hullabaloo as regards him tearing his green card if Donald Trump should win. We suffer from amnesia, in this dispensation of superstars that we are quick to react to certain decision and actions without bearing in mind the course of history to guide our reaction and make us proactive the more.

I sometimes cringe at the comments people make on social media, and atimes their contribution to national discourse and i am dismayed and appalled. Jimi Disu, a radio newspaper analyst on Classic FM 97.3 and Lagos Talks 91.7, always hyperventilate whenever he reads the comments from people and i can’t help but wonder, really, is the person educated at all?

In this dispensation of superstars, you can be literate but uneducated. Who cares?! Its all about the money bro!!!! And that’s where we would continually miss it.

We need to urgently put in place, a mentorship/coaching program where the superheroes that still walk the face of the earth would impact their knowledge into this generation. We need to actively make a decision on who to follow and start thinking of the next 50 years whether we like it or not. We need to take a stand and ask critical questions, “do i want a superhero leader or a superstar leader?” Bearing in mind the depth of knowledge and acumen that they wield and command in strategic areas that would affect your live and that of your future generation.

I just finished a week long event titled “Mentorship with Adeolu Akinyemi” in which men of caliber came to impact and share their insights with about 300 men and women, building a network and group of people who want to make a positive impact in their community, Nation and the world at large. Check on social media #Mentorshipwithdeolu #Mentorshipwaa #MentorshipwithAdeolu to get more insights on this.

In conclusion, we need to decide, are we going to be a superhero or a superstar? There is a popular saying that you get paid, when you give value. Now it could be a long term value that yields constant returns, or a short term value that gives a quick return. You decide, the kind of value you want to give, a superhero value or a superstar value. Remember, how you want to be remembered when the final curtain falls.