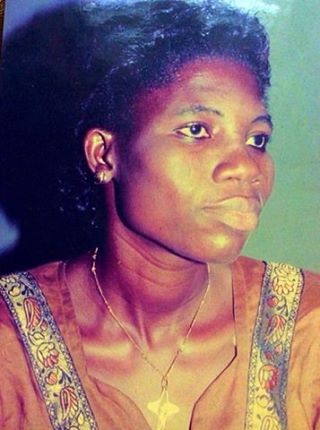 The Truth About Losing A Parent At A Young Age

1. If you’re one of the few that’s lost a parent so early in life, then you have gone through something that 99 percent of people your age haven’t gone through.

And even though that is still difficult to fathom, it doesn’t make it any less true.

2. Just because you might not be grieving as intensely now as you were right after the loss, doesn’t mean that the days get any easier.

If anything, it can be harder with each passing day.

3. You’re never going to see the person again (at least physically on this plane).

It’s a ghastly thought. It might even make your head explode when you try and wrap your head around it. It’s okay to feel that way. It’s normal.

4. People will become oblivious to your pain after a certain amount of time.

As awful as it might be, it’s true. Besides family or best friends, everybody else is going to forget about the loss. That’s natural. Life goes on. But that doesn’t mean that your grief isn’t still legitimate six months, one year, or even two years (and so on…) later.

It might seem silly to second-guess yourself after the fact (since nothing can bring back the person you lost), but it still happens. Regrets can take shape as anything — they can range from acting like a brat to things you wished that you could have done (like going to that new restaurant that you never got the chance to go to).

6. Just because the person is dead, doesn’t mean his or her life didn’t matter.

Even if the idea is naïve, a person’s life should transcend death. A person shouldn’t be irrelevant just because of death. People deserve to be memorialized.

7. Having a parent die of cancer is beyond cruel.

A college kid shouldn’t have to deal with something of that magnitude at that particular point in life. Your late teens and early 20s should be about doing well in college and having fun; not watching a parent be taken away in a body bag.

Nothing is going to erase the dreaded feeling of trying to beat a clock. The “clock” is one thing that can’t be beaten. You might even make a list of things you want to do or talk about with this person. The reality is that there is no way all of those things are going to get done. It’s just the way things are. However…

9. That doesn’t mean the most can’t be made of the time that’s left.

You might not have time for everything on your list, but that doesn’t mean you can’t still cross off some things. Deciding what is the most important is key.

10. Self preservation matters before and after the person’s death.

Just because the idea might be horrible, doesn’t mean that it isn’t true. Even when your loved one is in the process of dying, a person still needs to make time for self-care (like getting out of the house for coffee or running errands). That doesn’t make you a bad person. That just makes you human. Recharging your batteries will actually make you a better caregiver. You also need to take care of yourself after experiencing the loss. That means maintaining rituals like Starbucks on Sunday or going to your favorite deli. It isn’t superficial. It’s vital to maintaining your sanity.

11. The day the person actually dies is more taxing than the whole illness itself.

It might be impossible to predict the exact moment when your terminally ill parent is going to die, but there are general signs (such as increased tiredness) that indicate death is coming. That brings up the issue of whether a person should stay in the room when his or her parent actually dies. And this will always be a conundrum, no matter which way one looks at it.

12. Staying in the room when your parent dies might appear daunting.

Most hospice literature indicates that the choice to stay in the room when a loved one is actually dying is personal and that a person should not be judged for not staying in the room. It’s true. For some people, it might be too painful to be in the room during the actual moment. That’s just a reality of life, even if the idea sounds selfish.

13. It doesn’t make you a coward to not be in the room when your parent dies.

Assuming that your other parent is still alive or that a close friend or family member is also there, it does not make you a terrible person to not want to be in the room during the actual moment. It isn’t going to make the person win the fight against cancer.

14. You still might feel like a coward if you can’t stay in the room during the “moment,” despite the fact that you aren’t.

It is what is. It might seem awful not to be present during the actual moment, but no college student should have to see his or her parent “actually” die. The guilt might always be there (for those that decided that it was too much to be there during the moment), but other things will happen and that issue will seem less daunting. If you feel like a coward, you should forgive yourself. It might be easier said than done, but there are more grievous sins one can commit.

15. Watching your parent die and knowing there’s nothing you can do about it.

That thought is enough to blow anyone’s mind to pieces. Even if you are going to be upset for the rest of your life, you still have to realize that certain things are beyond a person’s control.

This could be one of the most upsetting thoughts about losing a parent in college. Your life is still beginning even though your Mom or Dad’s life just ended. The less time spent thinking about that, the better.

17. It’s okay to find something to be happy about.

Intense emotions are normal and healthy to a degree. But you still need to live your life. And if you can find happiness (even for a minute), then hold onto it as long as you can. The moment will be fleeting.

18. The five stages of grief don’t always happen sequentially, or even at all.

19. Counseling isn’t for everyone.

It’s one of those things that people seem to love or hate. What’s important is that you can articulate your feelings about the loss in a healthy, nonviolent, or non self-destructive manner. The truth is a therapist is there to listen. Anyone can listen. People often believe that therapy is a necessary next step after losing a parent, but it isn’t going to magically make your problems disappear. Your grief will still be latent after your appointment is over.

20. Grief can return at any moment.

Having grief sneak up on you is nothing to be ashamed of. It happens. The key is not to repress the grief, but to acknowledge it.