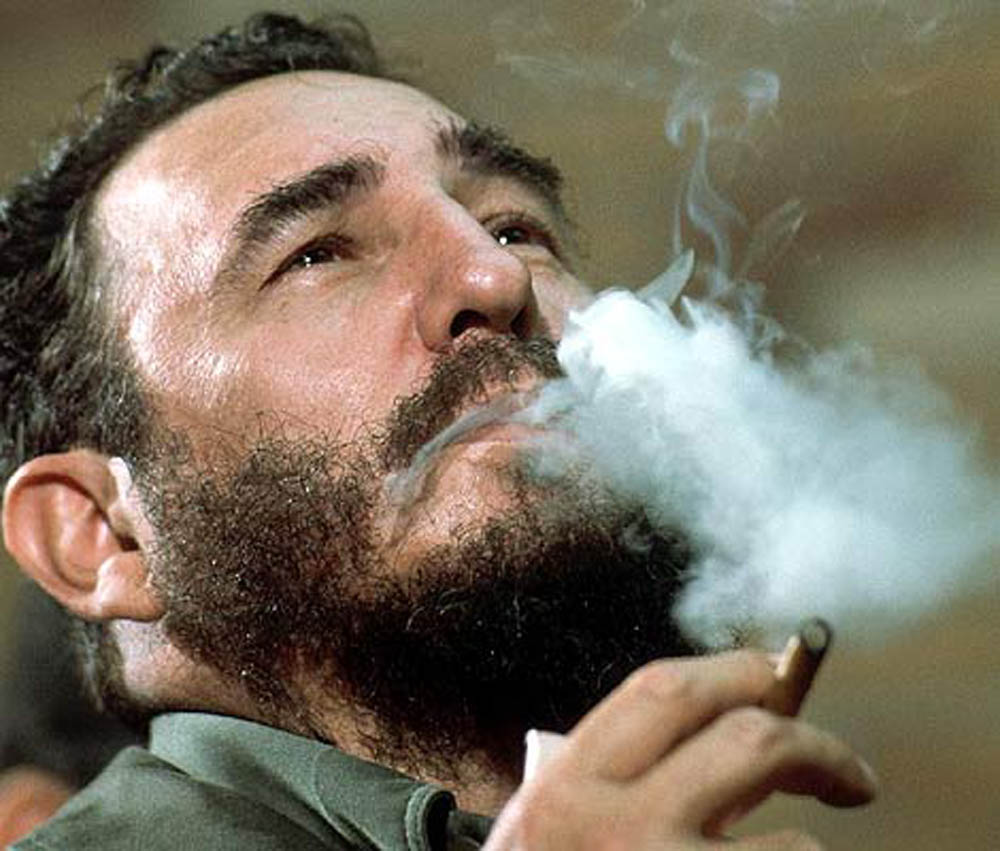 Castro died on Friday at the age of 90, a decade after stepping down due to poor health and ceding power to his brother Raul Castro.

Castro was cremated on Saturday and his ashes will be carried in a cortege to a final resting place in Santiago de Cuba, the city in eastern Cuba where he launched the revolution.

The government has invited people to Revolution Square for a two-day ceremony starting at 9 a.m. EST (1400 GMT). The urn holding the late leader’s ashes could be displayed.

Workers rushed to install speakers and light standards in the plaza, where a giant photograph of Castro was draped over the national library, occupying the same space where an enormous poster of Jesus Christ was hung for last year’s visit by Pope Francis.

“Who is not going to be affected by a man who did everything for us?” said Jose Luis Herrera, part of the 12-person crew to hang the giant image. “He is the one who guided me and my children. He is my god.” Students place candles around an image of the late Cuban leader Fidel Castro, at the university where Castro studied law as a young man, during a vigil in Havana, Cuba, Saturday, Nov. 26, 2016. Castro, who led a rebel army to improbable victory in Cuba, embraced Soviet-style communism and defied the power of U.S. presidents during his half century rule, died at age 90. AP Photo/Ramon Espinosa

If previous public memorials are any guide, Raul Castro and other government, Communist Party and military leaders will lay flowers near the monument to Cuban national hero Jose Marti, followed by a long line of ordinary Cubans.

The ceremony in the capital will end on Tuesday night when foreign leaders are expected to pay their respects to a man who dedicated his life to fighting capitalist and colonial oppression, aligned his country with the Soviet Union and outlasted nine U.S. presidents who had sought to oust or undermine him.

Birthplace of the revolution

A cortege will then carry Castro’s remains east across the 750-mile-long (1,200-km long), eyebrow-shaped island to Santiago de Cuba. Nine days of national mourning will come to an end when his cremated ashes are laid to rest in the birthplace of the revolution on Dec. 4.

Along the way, admirers will mourn a man that many here saw as a visionary who stood up to U.S. domination of Latin America, brought healthcare and education to the poor, and inspired socialist movements across the world.

But critics, including exiles concentrated largely in Miami, have celebrated Castro’s death, saying he was a tyrant who jailed his opponents, banned opposition parties and wrecked Cuba’s economy with a failed socialist experiment.

Reacting to his death, U.S. President-elect Donald Trump called Castro “a brutal dictator who oppressed his own people for nearly six decades”. Cuban flag flies at half mast at Revolution Square as people gather following the announcement of the death of Cuban revolutionary leader Fidel Castro, in Havana, Cuba November 27, 2016. Carlos Barria/Reuters

Tourists passed through Revolution Square on Sunday, snapping photos and taking joy rides in classic U.S. cars from the 1950s that are still widely used.

“What I have been impressed with is the love that the Cuban people had for him,” said Martha Pons, a Mexican tourist who came to Cuba to attend a Placido Domingo concert on Saturday that was postponed after Castro’s death.

Cuba’s rich variety of music, a soundtrack on the streets of Havana, has been muted since Friday night and the government has also temporarily banned alcohol sales and suspended the professional baseball season.