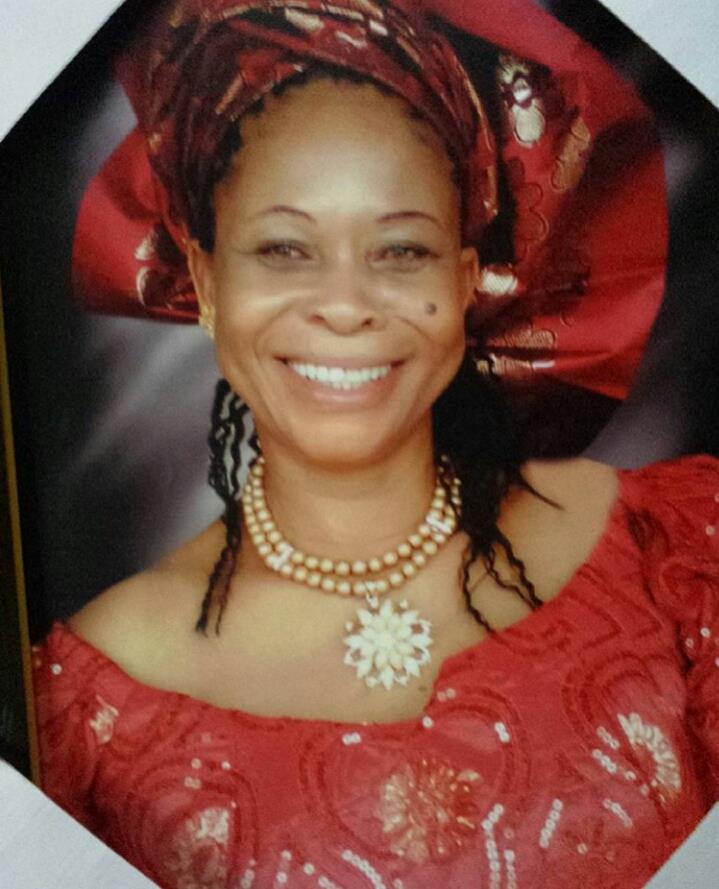 Thank You Mum For The Beautiful Name You Gave Me- The Safety Chic, Ugochi Obidiegwu Celebrates Mum In A Candid Tribute

The day started a little differently. My boyfriend had broken up yesterday because he didn’t want to tie me down in Nigeria when he knows lots of people would be interested in settling down with me and he is in “the abroad.” Considering, I wasn’t complaining, this wasn’t a good enough reason. My mum had travelled and would be returning today, I couldn’t wait to tell her and get all the motherly comfort.

I dressed up and went to support my friend at her event for kids. On getting to the venue, my mum called. “Hello, Ugochi, Hello”. The network was bad she wasn’t hearing me and I thought, well we’d see at home tonight, we have a lot to talk about. She never came home.

I had an early flight the next morning but it was past 9 pm, I couldn’t sleep. A song by Frank Edwards kept playing in my head, I was singing and then my elder sister screamed from the sitting room. I flew there, what’s going on? “Mummy has been involved in an accident, Daddy just called”. Where? “Apple Junction.” As a crew, I had done a mental calculation, shock, brief hospitalization. I changed to jeans and a t-shirt, got my ATM cards and all the money in my wallet. Money wasn’t going to be a problem, my mum would get treatment. Death never crossed my mind.

We got to the scene, saw the car that hit my mum, saw my dad but my mum was not in sight. They said she had been taken to a hospital. From that time till 2 am, we were looking for my mum in different hospitals. At some point, I was left at the police station with my dad and aunt. I was consoling my dad that worse case scenario shock bla bla bla. I didn’t know his side of the story.

His side. He had gone to pick up my mum and didn’t see her at the agreed pick up point, he circled twice. Still didn’t see her. The second time, he saw a group of people of people and checked to see what was going on, only to see his wife on the floor. By the time he got to her, some people were carrying her into a vehicle to take her to a hospital. He joined them. At the hospital, they refused to take my mum. At this point, confusion set in on the next step and my dad told the people to take him back to his car so he can take his wife else where. As my dad alighted to get his car, they drove off with my mum. Drama!

Back to my side. Earlier about 10 pm, I had tried to call my boss that I won’t come to work in the morning because my mum had had an accident and can’t be found. She didn’t pick her call. About 2 am a different police man came towards my dad and I. He asked what my mum looked like and I described. He asked my dad and I to accompany him, that they saw someone fitting that description somewhere. I thought we were heading to another hospital. The vehicle stopped, I looked through the windshield and saw my mum on the road. I have no memories of leaving that vehicle but I was at my mum’s side screaming. And then the Cabin Crew training kicked in and I remembered feel for breath. I did and I felt my mum’s breathe on the back of my palm. That was all the strength I needed to scream at the police to get her to the hospital. And they started debating which of the General hospitals she should be taken to, island or mainland. Like seriously?

I turned to my dad, daddy let’s carry her. When they saw I meant business, they aligned sharply. I had turned to carry her the way we are taught as Crew to carry injured persons but I soon realised my “co-carriers” had no clue of that. (Sometimes the public might want to help but they do not have sufficient information to help correctly) On our way to the hospital, my boss called, she had just seen my missed call. I was hysterical on that call. That was the only time I had that luxury. (Those who said it was only Ugochi she visited when she lost a parent, if you heard me that night, you too would have arrived. But it’s all good

At the hospital, I had to go supply my mum’s personal details before the stretcher guy moved in the most sluggish way possible. When the guy was not moving enough, I attempted to help him and he pushed me. By this time the other family members had been informed my mum was found, so we all converged at the hospital waiting. They had wheeled my mum away with oxygen. After hours, we were told to go home and my dad to return in the morning to donate blood. The next morning I packed a change of clothes, her bible, rosary and a comb for her hair. I went with my dad. For some reason, there was some delay. And then my dad’s kinsmen started arriving and that was when he knew my mum had died.

I cried. My dad cried. This was something we hadn’t considered. And then I entered auto-pilot mode. There were 5 other siblings to inform and arrangements to be made. I started one after the other. Break the news, watch the person freak out or break down, start building the person back up, encouragement, preaching, holding plus those that almost flung me away with their power

😊. After getting the person to a place of acceptance, moving on to the next person and repeating the same cycle. Did one over the phone, the receiver dropped the call, I had to call back and complete the cycle. It wasn’t easy. I had to be strong because we couldn’t afford for everyone to fall apart. I did a lot of silent crying in private.

I resumed work some days after and colleagues were like you’re so strong. Only one person said, I know this hit you hard because when you smile now it doesn’t get to your eyes, before it used to. Someone actually said I was living in denial, lol. No, I wasn’t. I cried. I hurt. But I couldn’t do any of these publicly because my family was relying on me and drawing strength from me so I had to do what I had to do. I remember telling him that the ONLY thing still keeping me standing is my faith in God. I have seen God do unimaginable miracles in my family, so I knew that if He allowed It, then there’s probably a reason we may not grasp now. If He didn’t allow it, there are many ways the scenario could have been reversed. I had seen too much of God’s goodness to believe otherwise despite my grief.

Why am I baring this in writing? It’s about time to finally let go of the buried memories. I couldn’t say Rest in Peace for a while because it was too final. I couldn’t sing that Frank Edwards song anymore. This morning, I remembered and sang the chorus. I couldn’t even sing the other parts because I can’t genuinely remember. That’s how buried some of these details were.

I love my mum so much because of all she personified and exemplified. You can’t have two in her category. It’s sad she won’t see me get married or be with me on my pregnancy journey. We had gisted quite a lot on how my babies in the womb will hear English because I used to tell her the conversations I’d have with them from the womb till they meet me

😂When I used to say I like the idea of twins but I doubt I have the energy for them. She’d say, what am I alive for? I’d help you

Thank you God because this phase is finally over. Thank you for the gift of my mother, she was a great foundation for the destiny you planned for me. Thank you that I can laugh now when I remember things she did or said. Thank you that the guilt I feel for advising her to travel is lessening. Thank you both for the beautiful Name with great impact given to me.

My full Name means the destiny God has given you, nobody can take it. I’m just getting started