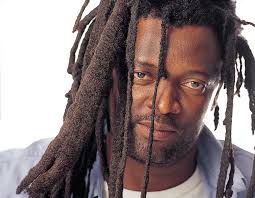 South Africans Remember Lucky Dube On Anniversary Of His Death

Politicians, fellow musicians, and fans have taken to social media this morning – to pay tribute to the late and great South African musician, Lucky Dube, on the 9th anniversary of his tragic death.

Dube (43) was killed in 2007, in an attempted hijacking outside a family member’s home in Rosettenville, Johannesburg.

He had been dropping-off two of his seven children at the time. They were unharmed in the incident.

News of the beloved musician’s death sent shockwaves throughout the country,  amongst fans and the music industry alike.

Sfiso Mhlanga, Ludwe Gxowa and Mbuti Mabe were arrested for Dube’s murder, and sentenced to life imprisonment in 2009.

Dube started his career as a traditional musician in 1979, before switching to a new reggae sound in 1984.

et almost a decade after his death, Dube’s legacy as a “reggae king” remains.

Scores of people have paid tribute to the fallen muso on social media site, Twitter.

Arts and Culture Minister Nathi Mthethwa took to the site to pay homeage to the music legend.

“Lucky Dube was a masterful musician & despite his success, he remained humble. We thank him for his contribution, his legacy lives on,” he wrote.

Min. Nathi Mthethwa
Today we pay tribute to Raggae music icon Lucky Dube who died tragically on this day in 2007. His music touched millions across the globe.

Other South Africans also shared their love and respect for the musical icon.

Today, October 18th, is the 1st anniversary of the start of SA’s#FeesMustFall movement.
And 9 yrs ago today Lucky Dube was murdered.
RIP

Nuff blessings to the legend on his earthstrong lucky dube may his soul Rest in peace!!!!

One of the greatest son of the soil. Remembering Lucky Dube