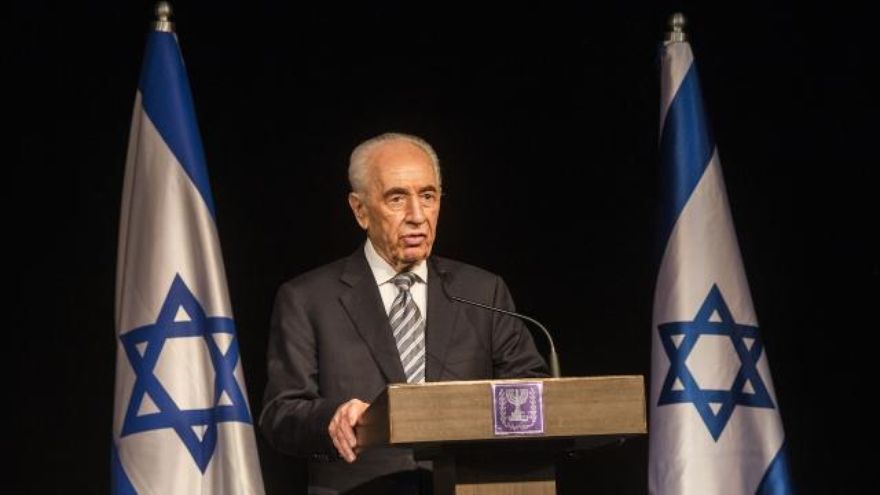 Shimon Peres, the former Israeli prime minister, president and Nobel Peace Prize winner, has died at the age of 93.

The Israeli statesman suffered a major stroke two weeks ago and died in hospital in Tel Aviv early on Wednesday.

Barack Obama, the US president, led the tributes as leaders past and present mourned the passing of Mr Peres.

“There are few people who we share this world with who change the course of human history, not just through their role in human events, but because they expand our moral imagination and force us to expect more of ourselves. My friend Shimon was one of those people,” Mr Obama said in a White House statement. Mr Peres’s political career stretched across seven decades and he was a constant presence in Israeli public life from before the founding of the Jewish state in 1948 until well into the 21st century.

He was a towering figure on the Israeli centre-Left and served several short terms as prime minister before being elected to the largely-ceremonial role of president from 2007 until 2014.

But he is best known for his work as Israel’s foreign minister during the negotiation of the Oslo Accords, the 1993 Israeli-Palestinian agreement that many hoped would bring an end to decades of conflict.

Mr Peres was given the Nobel Peace Prize in 1994 for his work on the deal, sharing the honour with Yitzhak Rabin, the Israeli prime minister, and Yasser Arafat, the Palestinian leader and chairman of the Palestinian Liberation Organisation.

Mr Rabin was assassinated by a Jewish extremist in 1995 but Mr Peres lived to see the hopes of the Oslo Accords give way to the brutal violence of the Second Intifada and the continuation of Israel’s occupation of the West Bank.

Nevertheless, Mr Peres remained an optimist and throughout his seven years as president he continued to call for a two-state solution even as many Israelis soured on the idea.

“There is no other solution,” he said in 2013. “Peace for Israel is not just a strategic choice. It is a moral call which stems from the depth of our heritage.”

The Queen made Mr Peres an honorary knight in 2008 for his work on the peace process and for furthering Anglo-Israeli relations. For many Israelis, Mr Peres was more than a politician – he was one of the last of the “founding generation” of Israelis who helped establish the Jewish state.

Born in Poland in 1923, Mr Peres moved with his family to Tel Aviv in the 1930s during the time of the British mandate in Palestine.

He joined the Labour Zionist movement and then the Haganah, the underground Jewish paramilitary force that would later become the Israeli Defence Forces.

He became a close aide to David Ben-Gurion, who would become Israel’s first prime minister, and Mr Ben-Gurion tasked him with sourcing guns for the Haganah in preparation for the war between Arabs and Jews which broke out in 1948.

Mr Peres spent much of the following years helping to arm Israel’s fledgling military, often by circumventing arms embargoes and eventually by negotiating with US and European powers to send weapons to the Jewish state.

He also played a major role in Israel’s secret development of a nuclear weapons programme in the 1960s.

“What water is to agriculture, armaments are to security. Israel suffers from a shortage of both,” Mr Peres wrote in his book David’s Sling. Shimon Peres and Margaret Thatcher in 1987

He was first elected to the Israeli parliament, the Knesset, in 1959 and would serve as a member of parliament continually until 2007 with only one three-month break.

After the 1967 war in which Israel conquered the West Bank and Gaza, Mr Peres was a champion of those who wanted to build Jewish settlements in the captured territories.

The settlement-building program is considered illegal by much of the international community and a major obstacle towards an eventual peace agreement.

But beginning in the late 1970s, Mr Peres began to shift to the Left and would eventually be seen as one of the most prominent doves in Israeli public life, who advocated for withdrawing from Gaza and parts of the West Bank to allow for the creation of an independent Palestinian state.

He was married to his Sonya for 66 years until her death in 2011. The couple had three children.