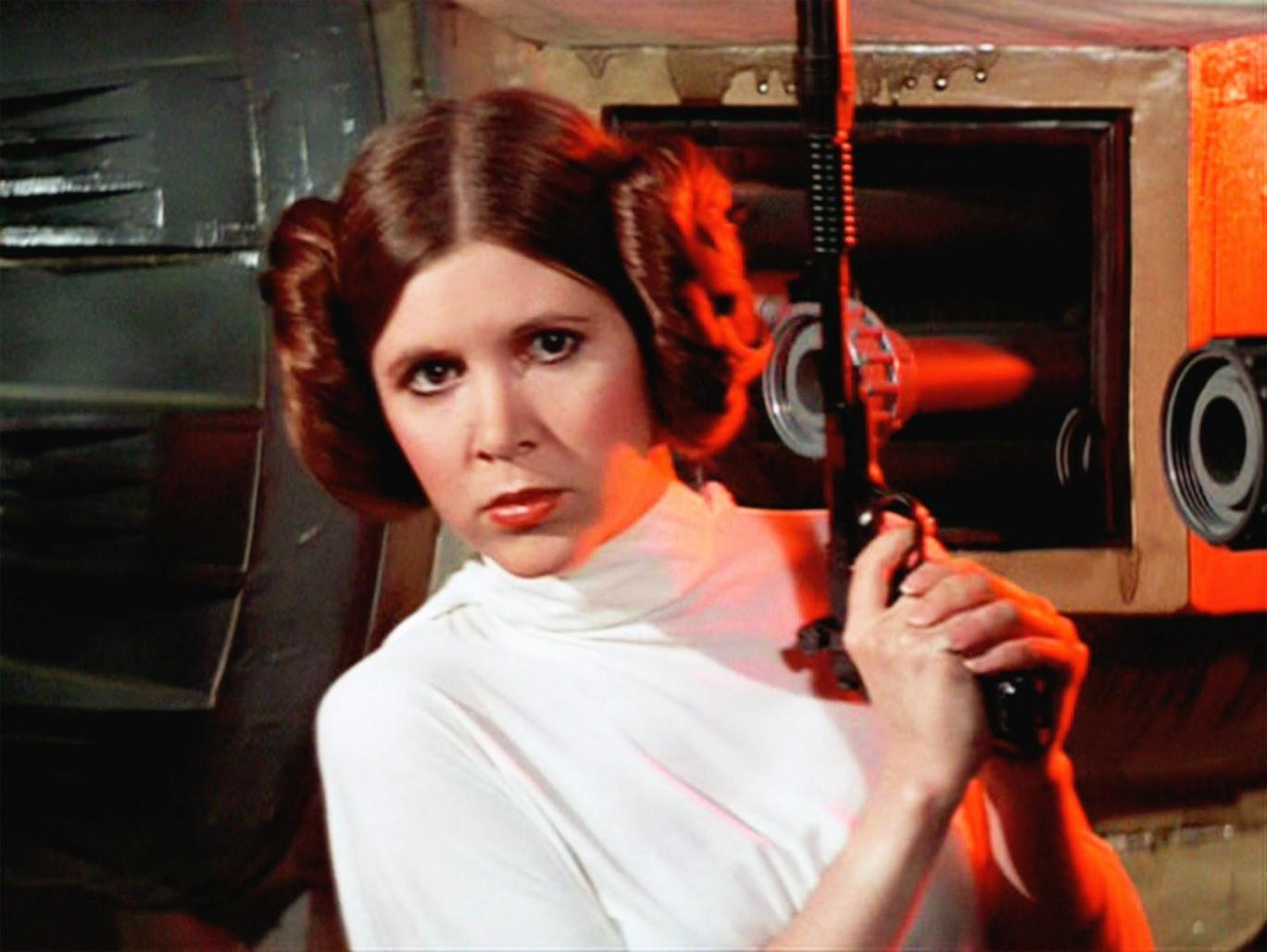 Carrie Fisher, the actor famous for her role as Princess Leia in the original Star Wars trilogy, has died aged 60 just days after suffering a cardiac arrest.

While the news is heartbreaking for her family, friends, and fans, people are sharing stories of her outspoken, heroic, and often hilarious personality.

In her autobiographical novel Wishful Drinking, Fisher detailed the struggles she faced while on set and revealed one request for her obituary:

George [Lucas] comes up to me the first day of filming and he takes one look at the dress and says, ‘You can’t wear a bra under that dress.’

So, what happens is when you go to space and you become weightless. So far so good, right? But then your body expands??? But your bra doesn’t — so you get strangled by your own bra.

Now I think that this would make for a fantastic obit — so I tell my younger friends that no matter how I go, I want it reported that I drowned in moonlight, strangled by my own bra.

So, it’s with our deepest regret to report that Carrie Fisher died on Tuesday. The beloved Star Wars actress and writer drowned in moonlight, strangled by her own bra.