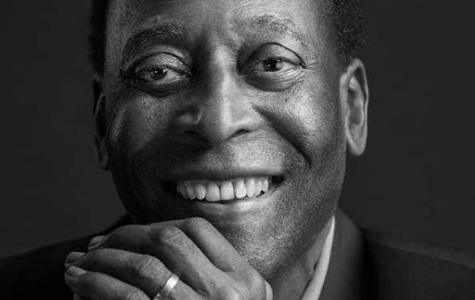 Pele Was So Powerful, So Good and So Popular. Read Pastor Femi Adeniji Testimonial Tribute For Edson Arantes do Nascimento (Pele)

Why a Write up on this you may ask; as a Priest?.

Very simple, every Story of Greatness; Success Story just tickles, stimulates, captivates, interests and excites me. You know one thing?

There is something unfathomable, immeasurable and mysterious about the Black Gene; that only Eternity can unravel it.

As far as the History of Football (Soccer) is concerned; it will not be complete without a reference to one Edson Arantes do Nascimento popularly called ‘Pele’.Pele a Devoted Catholic was named after the America Inventor Thomas Edison; hence the name ‘Edson’.

His political activity was mostly focused on fighting corruption in Brazilian politics.In my early life, I used to hear the Name ‘Pele’ regularly from my Uncle….Pele of Brazil….Pele of Brazil …. I was priviledged to watch a number of this man’s matches during my childhood Stage on Black and White TV. .

Some of the Matches were played before I was born; but they were still as thrilling as though they were fresh. If you asked anyone in those days who does not know anything about Football to mention just a Player’s name; he or she will tell you ‘Pele of Brazil’.

The Name Pele in Hebrew is actually interpreted as Miracle: and that was the summary of his life. Pele won World Cup for his Country (Brazil) first at age 17 (1958) and did that 3 times; 1962 and 1970; he is the only player to win three World Cup championships to date.

He is to soccer what Michael Jordan is to basketball, what Babe Ruth is to baseball, and Muhammad Ali to boxing. Pelé — simply the best. He is the Greatest soccer player the world has ever seen. Pele joined his first Club (Santos) at 15. He made his debut at the age of 15 and by the age of 17 he was already scoring goals in a World Cup as he represented his Dear Country; Brazil.

His hat-trick in the 1962 Intercontinental Cup against Benfica would not be forgotten in a hurry. Pele’s goal against Sweden is out of this World. Pele’s shot from the Mid-field against Czechoslovakia is iconic. His magic of dribbling: dribbling without touching the ball some of the times and the double dribble is matchless.

Pele was so powerful, so good and so popular throughout the world that in1967 the two groups of a continuing Nigerian Civil War agreed to a two-day ceasefire so that they could watch the master footballer play an exhibition match with Santos in the time of the Civil War.

The Great Pele has been doing Global Ambassador Work for the Game of Soccer for more than 5 Decades now. In 1992, he was appointed a UN Ambassador for Ecology and Environment. The International Olympic Committee (IOC) also named Pelé the Athlete of the Century in 1999.

Pele was the main Holder of Soccer Jersey No 10. It mysteriously fell on his Lap or Shoulder at the 1958 World Cup when Jerseys were being shared even though as at that time, he was just been introduced to the Brazillian Squad. In his Testimonies, and I quote:”The No.10 jersey was given to me at a World Cup match in 1958,” he said. “Nobody thought that it was important to wear the No.10 Jersey and even though I was not the oldest player in the squad, it coincidentally dropped to me to wear at the World Cup”.

Altogether, in his enviable Career and Profession of Soccer, Pele scored a total of 1,279 first-class goals, in 1,363 games, which includes friendlies, and 77 of those goals were for Brazil.

He was 82 years old.Pele was nicknamed; Pele:✓the ‘O ‘Rei’ ✓the King✓the Great✓Simply the Best✓Greatest Footballer in History. Our World salutes your Outstanding Results as a Superstar! You are an Iconic Personality and your Stardom transcends Generations.I just love Success Stories !

Note: Please note I have only written mainly about his Career life and Impacts in our Society; and not on his Family life, Spiritual life or any otherwise.