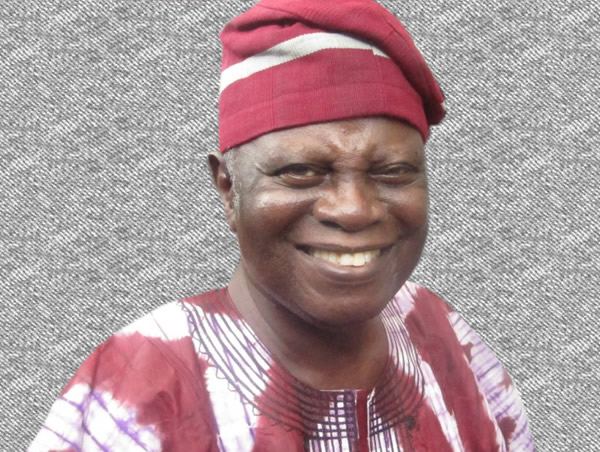 It Was Our ‘Last Supper’ Together. Wole Soyinka on Rasheed Gbadamosi’s Passage

He still owes me a visit. After he spied a rug from his factory years ago, on which a lion had been emblazoned, it became even more pressing. He revealed that he had seen that design and decided that it belonged to me, nowhere else, so he commandeered it and packaged it off to me. I sent word back some time later that I had found the perfect place for the rug, this being the studio room downstairs in my Ijegba home, which I named IGBALE AGBA. I declared that I would not formally declare that room open without him. We fixed a date, then another, and now, there are no new dates to negotiate.

In the LAGOS@50 monthly series in which we celebrate the five Lagos divisions known as I-B-I-L-E, this December was to have been the turn of Ikorodu, third in line, and Rasheed’s early play, ECHOES FROM THE LAGOON, was already scheduled. In the process of re-acquainting myself with his works, I was reminded of Gbadamosi’s early creative promise. I wrote him, lamenting that the Artistic world had lost him to business. It is impossible to quantify the personal consolation I derive from having sent him that note just a fortnight or so before he took his leave of us.

In strict terms of course, the artistic world never lost Rasheed. That was where his soul was, and he manifested it in the commitment that made him turn his estate into a vast exhibition gallery of Nigerian painters, to which many flock till today. Rasheed – let this be stressed as a public challenge – Rasheed put his money where his heart beat! Both young and old generation artists will testify to this in abundance.

But finally, he left us. Fate is often cruel, very cruel when hope has been raised. I had been optimistic, not only optimistic but proactively so. At the start of our collaboration, I confess I had been sceptical over his stamina. He looked frail, so I protested to him and his minders – Tell him to take it easy. He needn’t come to this or that meeting or whatever event. Rasheed had his own ideas however, and insisted on nearly full, productive participation. So I changed gears. I had recognised a fighter, and I found it challenging. I now became querulous when I failed to see him at an event – let him do more and more, I insisted. It was doing him good, so I demanded more of the same for him. And he still owed me that visit…!

Only a few weeks ago, we had lunch together – a working lunch, drawing up new options for an often frustrating exercise. On that unsuspecting day, I watched him undergoing his physiotherapy session before we proceeded to lunch, prepared by his deceptively light framed but courageous wife. How was one expected to have remotely conjectured that this was to be our ‘Last Supper’ together!

Chief Rasheed Gbadamosi died on Wednesday, November 16 Thursday and was buried on November 17 in accordance with Islamic rites.