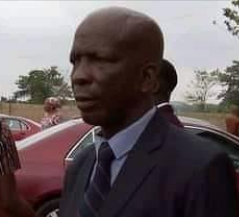 TRIBUTE TO THEOCRACY: THE FIGHTER WHO WENT DOWN FIGHTING

As the day prepared to close shop on Friday, March 26, 2021, I received an eerie call from one of my friends and university mate, Tayo Ajakaye (Corporate Pictures).

He wanted to confirm news of the death of the enigmatic Theo Adebowale, which was circulating on social media that evening. I went on social media immediately and I saw that news about the fallen Iroko was already spreading like harmattan fire.

I was devastated. As a mark of respect for this exceptionally brilliant man, mind, teacher and committed people’s activist, I decided not to write any Facebook post until I pay my due respect to a great soul.

To the pioneer students of Adekunle Ajasin University especially and the generations that followed, Theo Adebowale was an institution. Hence, he deservedly earned the sobriquet, Theocracy.

Theo was one of the founding father’s of AAUA. No one can dare write the story of that university without giving Theo big credits. Till he died and to the chagrin of his traducers, Theo was AAUA and AAUA is Theo. The story of how he championed the establishment of that university is the stuff of legend.

I can’t forget how he wormed himself into our hearts in the university’s formative days, when that landscape was a circumference of pastoral rurality. Theo wowed hundreds of students at the university’s first orientation programme and also over the years, with his unequalled brilliance, analytical mind, and above all, his simplicity and empathy.

Theo was approachable. He was humane. He was down to earth and honest. Theo hated injustice. He was a dependable ally of everyone who suffered injustice especially students, whom he loved with a passion. Students could always trust his judgement and support. On their part, students idolised him.

He was a god amongst men. Theo was sin qua non as a political thinker and strategist. I remember Democratic Network for Development (DemNet) which he created with likes of Muyiwa Cole. I can’t forget our monthly meetings in his home at Owo, Ondo State.

He gave many of us sound political training, tutelage and exposure as mere undergraduate students. Through him, we met the mighty and powerful. We sharpened our minds in political arguments, philosophy and theorisation.

He presided with firmness and finesse. No one missed his democratic mien and solid credentials. Theo was an enigma. Yet unassuming. A friend of the people, Theo never betrayed them till he breathed his last.

He would stand alone than betray his conscience and the people. That fine quality and philosophy underline his fallout with Governor Mimiko as well as Akeredolu, who’s his kinsman. Highly principled. Politics for him was not a means to wealth for self. Rather, politics must be a means of wealth to the people, Theo posited.

On principle, Theo rejected political appointment from President Obasanjo. This fact many don’t know. His fine qualities and rugged principle constantly got him into trouble. His PhD programme is a fine reference point.

The qualities attracted formidable haters and enemies to him. He paid heavy prices for his principled position on university administration, unionism, governance and politics. The story of how Prof Miminko and his brother, Gov Mimiko unjustly and most wickedly sacked Theo and other staff of AAUA is recorded in the minds of everyone with a conscience as crime against humanity.

Theo bore his travails with calmness, dignity and equanimity. They broke his body, but they couldn’t break his spirit. But the day the Mimikos conspired to sack Theo was the day the man ‘died’.

It’s easy for everyone close to him to trace his eventual death to that unfortunate but unforgettable conspiracy contrived in hell. It was a betrayal like no other, so much that Theo screamed in excruciating pain, ‘Nazim, even you?’ as he felt the knife of betrayal in the back. it’s recorded by posterity that Theo helped the younger Mimiko into the university in the days when kings were still milk eating babies. Humans.

Theo was not a perfect man. He had his faults, foibles and vices. But let him who hath not sinned cast the first stone. Adieu Theo Adebowale. The fight is over for you. Others would have to fight on. I’ll miss your powerful voice and messages on radio.

I thank you most sincerely for what you did for the Nigerian society and a generation of students across wide spectrum. Go well Theocracy. Rest in peace Kabiesi as many fondly call you.

The alumni association of Adekunle Ajasin University should lead a cause for the immortalization of Theo Adebowale on the campus of AAUA. This I humbly request.