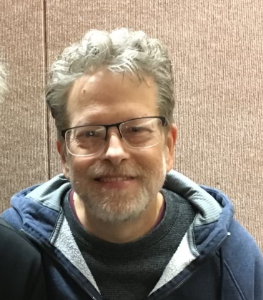 I lost one of my closest friends today. In fact, Chuck Harris was my best friend. He was my sound engineer for over 30 years and always made me sound better than I deserved.

We traveled the world together and encountered almost every situation imaginable. From the anticipated lost luggage and cancelled flights to the unexpected political coups and 50-year-old sound boards, Chuck was always unflappable with a smile.

During the middle of one concert, the sound was so bad on stage that I had to stop and ask Chuck to come up and fix the monitors. As he walked from the back of the coliseum to the stage, the audience began to applaud. As always, only Chuck could fix the problem, and the concert continued without a hitch.

Every night during the concert, no matter where we were in the world, I would look out from the stage and see Chuck in the middle of a sea of faces, on the sound platform with his hands raised up, worshiping the Lord. Those same steady hands were at the helm of the mixing board for thousands of my concerts.

Our standard chat after every concert went something like this: “Hey Chuck, how was it tonight?” His reply was always the same. “Don’t quit your day job Don!” That was Chuck. His dry humor and wit were contagious and brilliant.

Many times, while we were driven to and from the airport or concert venue (frequently with a police escort) I was convinced we were going to die because we were careening through heavy traffic at incredible speeds. To get my mind off the impending crash, I would casually reach my hand over and unbuckle Chuck’s seat belt, to which he would calmly reply, “Thanks Don.” Never taking his eyes off the road, he would buckle up again. It never failed to make me laugh! Chuck was always gracious to let me have a needed laugh at his expense.

The news this morning took me by surprise. Chuck was tough; he had already survived two kidney transplants. Before his final transplant, he was still with me on the road, with only one kidney functioning at 7%. He never complained – not once.

I believed he would walk out of the hospital, be home with his family by Christmas, recover from cancer, and join me back on the road. We would continue to make wonderful memories together (and find ourselves in more unbelievable situations).But that was not the outcome.

I don’t always understand these things, but I understand that God does. His Word tells us that life is a vapor, and that this is not our final home. God knew when Chuck would finally make it home.

Tonight, there is a big hole in my heart because my buddy is gone, but I know he’s with that great cloud of witnesses who have gone before me, cheering me on to finish strong.

I love you and miss you my friend, and will finish strong until I see you again.