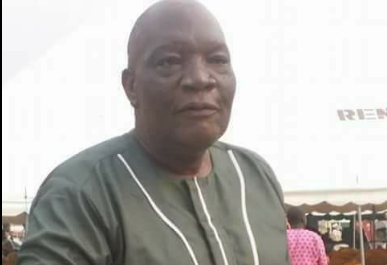 Gube You Lubricated The Chord Of Our Relationship

You were a friend in a million
Your acts, deeds, actions since we struck the
candle of friendship at De Coco Nite Club Ikare i
I have not for once regretted knowing you.

Our relocation to Adeyemi College of Education , Ondo
Where we had our Degrees in Education our toughed the relationship
When you eventually became theChief of Club 11
The club of campus millionaires made of only 11 members
I served you as the Public Relations Director
You directed the affairs of the club excellently well.
We lighted up the campus .

I will never forget that day
When some of the ground floor mates at Olunloyo Hall
Gathered against me
Bearing their fangs against what they called
‘Importation syndrome of mine ‘
;You Gube with Wole Oladimeji and Dapo Awodiya
rose stoutly
Defended m hyper-social networking and interaction.

I also remember when I raised an argument over the appointment
of a friend of yours
Who was very useful to the club
The fellow who we always go to his beautiful and magnificent mansion , to drink whisky , brandy , wines
But who was admitted as a patron without due process
A tough session. Voices high. Tension rose
I stood up, charged at you
The Elephant Gube smiled
” Omo iya cafe , o serious o fe lumi, ”
You smiled again , again
My anger vaporized. Melted. Controversy over .

I remember the day we finished our papers in Adeyemi College
We, headed to Imo , your palace in Ilesha and had a big bash
24 bottles of Bardinet brandy,12 bottles of Napoleon, 24 cartoons of Trophy larger beer,3 goats for asun .

I cannot also forget
When we buried my grandmother
you came all the way from Imo Ilesha
With 5 he-goats and two guards of fresh palm wine
tapped from the Palmtrees which grow on the hill of Efon Aalaye .

You lubricated the chord of our relationship
You maintained a balance of friendship equity between you, me and Ade Aderinwale , the three of us in this picture
You were a brother , a friend and confidant till your death
Which came as a surprise to me.

You left a vacuum. No one can fill, Never
You exit left a pain in our hearts.