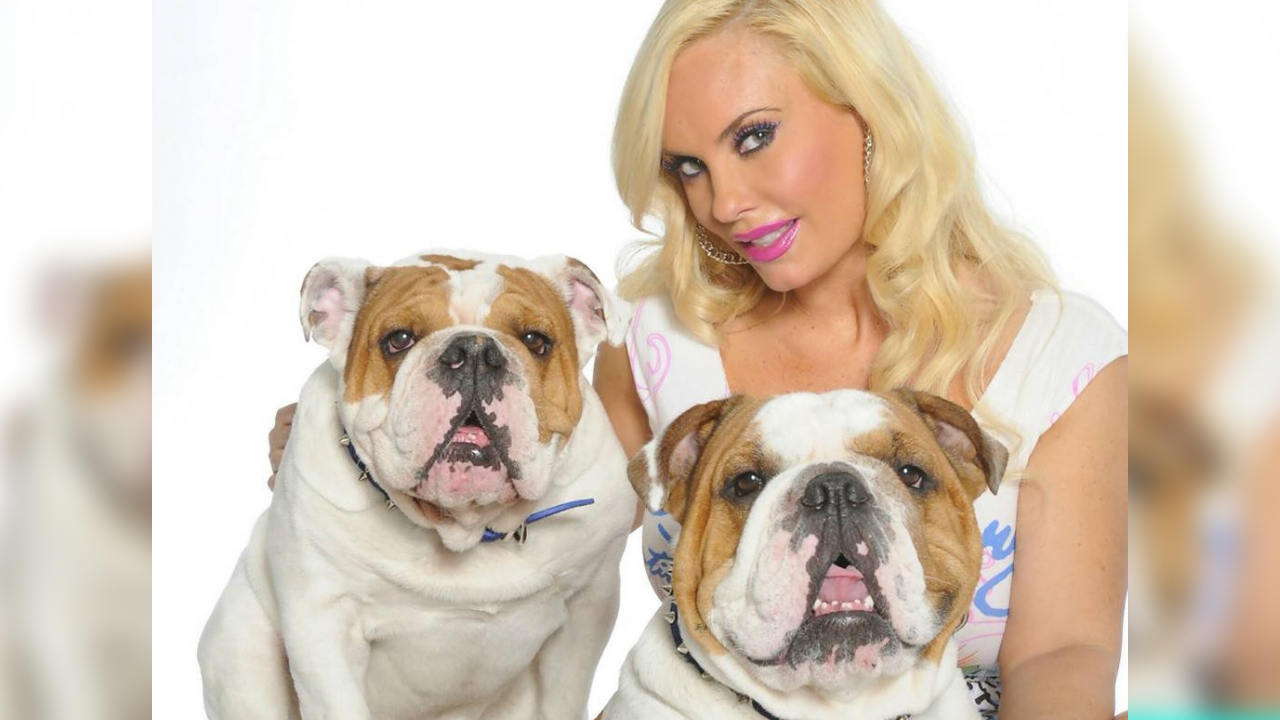 He Was My First Baby-Coco Austin Pays Tribute To Adorable Bulldog, Spartacus

Coco Austin says her heart “is hurting tremendously” after the death of one of her pet bulldogs, Spartacus, on Nov. 27.

The model took to Instagram to share the sad news, posting a photo of the late pup, who died due to complications from knee surgery.

“He was my 1st baby with Ice. There’ll never be another dog like him,” Austin wrote of Spartacus, who was only six. “Everybody that knew him thought he was very human like and so lovable.”

Austin and her husband, actor and rapper Ice-T, are also proud pet parents to Spartacus’ son, a bulldog named Maximus.

The model even maintains an Instagram page dedicated to her dogs, and wrote a heartbreaking post from Maximus’ point of view on Sunday, paying tribute to his puppy pal.

“I lost my Best Friend today also known as my father, ‘Spartacus The Supermodel,'” read a caption on a photo of the pair. “We were 2 pees in a pod. Who will I play with now?”

The precious pooches were very protective of the couple’s bundle of joy, and would often sit with her, acting as her fluffy bodyguards.

Back in April, Austin posted a throwback photo to her dog’s Instagram page, showing a much younger Spartacus cradled in her arms. The post, written from the puppy’s point of view, was captioned, “Before Chanel ..mama Coco used to hold me like a baby when I was little.”