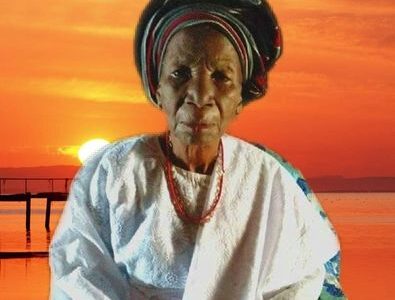 26 years ago, my mother took her last breath and left behind a grieving husband, children, siblings, numerous relatives and painfully also, her mother.

Everyone grieved in their unique ways. Some obviously moved on faster than the others. However they chose to grief, the void remained and we all lived the years with an ache our hearts struggled to bear.

Her mother, my grandmother equally took her last breath on the 11th of June, 2021 at the ripe age of 91. She died, in the presence of her remaining children. We mourned and began planning for her burial which was scheduled for November.

My mother was her first born and other things being equal, she should be at the forefront of giving her mother a decent burial. In her stead, the lot fell on the children she left behind to take up the mantle and walk the talk.

With guidance from her immediate younger brother, Ayoko Femi , who is currently the Olori ebi , her sister, Afolabi Caroline , Ayoko Isreal and Yomi Ayoko , her responsibilities were assigned to us and we were schooled on the traditional demands for the funeral.

My heritage is a fusion of two prominent towns in Ondo state; Akungba Akoko, popularly known as the University town and Oke Oka Akoko, a serene town layered with rocks and hills of various sizes.

These two border towns share a rich and vibrant culture that gives colour to every event. Burials are big deal in these towns.

They are usually week long affairs with many activities to celebrate the life and times of the deceased especially those who lived to ripe ages like my grandmother who died at the age of 91.

As per tradition, my father, Richard Akintuyi has a huge role to play as per in-law, a task he would have physically made possible if not constrained by his health challenge.

Currently incapacitated, the lot to represent him fell on my elder brother, Abiodun Akintuyi And for coordinated reasons, both of us represented our parents on behalf of our siblings, Abisola Akintuyi, Jacob Akintuyi and Shola Richards Akintuyi .

Giving all glory to God Almighty, I want to appreciate everyone who came through for us. I sincerely appreciate my husband Awojobi Anuoluwapo Adekunle for the entire and massive support given to me from start to finish. As per in-law, he was amazing.

From my paternal side, Jegede Rotimi Clement and his very hospitable wife, Jegede Florence and Oluwaseun Abby Olorunmeke .

Thanks to class 2006 of the English Studies department of AAUA, the Olufunke Deborah Wusu family, Sammy Adeoye , Matthew Olawore and others not mentioned.

Farewell grandma, you have been gloriously buried. Your daughter, Janet Akintuyi, though dead, yet spoke from the grave to give you a befitting burial.

May it be accepted by those who man the portals of eternity and may its aftermath bring good tidings to us all.