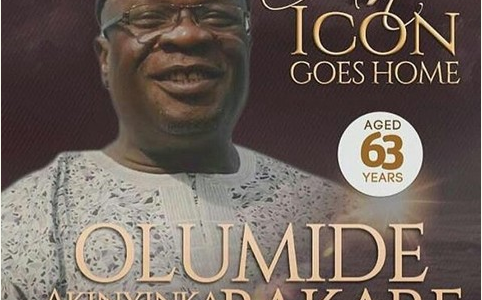 Everplans Explains The Difference Between An Obituary and A Death Notice

Different newspapers have different terminology for obituaries and death notices, so you should check with the specific publications you’re interested in working with to understand the terms they use.

Here’s how newspapers and other media outlets often define the following terms:

Death notice: a paid announcement in a newspaper that gives the name of the person who died and details of the funeral or memorial service, as well as where donations can be made.

Obituary: an article written by the newspaper’s staff offering a detailed biography of the person who died.

A death notice is a paid notice (like a classified advertisement) that families can write and submit to the newspapers and publications of their choosing. Death notices announce that the person has died, and offer information on funeral services, where donations can be made in the name of the person who died, and minor biographical information.

An obituary is an editorial article announcing a person’s death and offering detailed biographical information. Unlike death notices, which the family writes, obituaries are usually written by the newspaper’s editors or reporters. At many newspapers, families can submit a request to have an obituary written about the person who died, though the newspaper ultimately decides whether or not to write the story.

Where To Publish A Death Notice

Traditionally, death notices are printed in local newspapers, national newspapers, and various other publications, such as local religious or volunteer organization newsletters. You may want to publish a death notice in the deceased’s hometown paper, as well as in the paper in the city where the person who died lived. There are also online obituary sites, which will publish an obituary online and may help you syndicate that obituary in the newspapers of your choice. In order to verify the death, the publication in which you are publishing the obituary will require confirmation of the death from the funeral home or crematory.

Where To Publish An Obituary

In most cases, major or national newspapers only publish the obituaries of famous or prominent people. However, many smaller or local newspapers will be amenable to publishing long-form obituaries. If your town or community has a newspaper, you may want to contact those publications to see what their obituary policies are. In addition, publications and newsletters put out by community organizations (such as churches, synagogues, or mosques; local social groups; or local volunteer groups) may also publish an obituary. Newspapers will usually charge a fee for publishing a death notice, though the cost will depend on the on the newspaper and its pricing policies. Some papers will charge by word count, while others will charge by number of lines printed or number of inches printed. The cost also depends on the number of days that you want to notice to be printed in the paper, as well as which days of the week you’d like it to appear. (For example, publishing a death notice in a Sunday edition of the paper may be more expensive than in a Tuesday edition.) As death notices can get very expensive very quickly, it may be helpful to start by understanding the pricing rules of the paper you’re writing the death notice for and then determining the maximum length of the death notice.

Post an obituary online for just N1,000 on www.liveonmemories.com

Many newspapers will allow you to include a photograph of the person, often for a significant charge. Papers that do allow photos will specify whether photographs must be in black-and-white, or may be in color. These days, most papers will only accept digital images; that is, they will not accept a printed photograph.