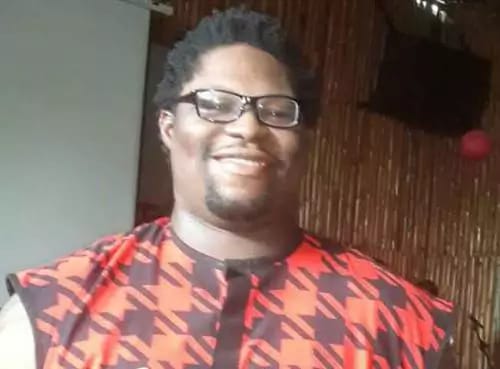 These are not the best of times for two prominent Nigerian families as they mourn the loss of their children, Maxwell Omabuwa Chinedu, son of the former Minister of Aviation, Stella Oduah,and Rereoluwa Aruleba, the daughter of vetran broadcaster, Gbenga Aruleba, whose deaths have been reported according to multiple sources.

Maxwell was 28 years while Rereoluwa was 13.

Maxwell was reported to have died of brain hemmorhage as a result of using the wrong medication given to him after a tooth extraction. Rereoluwa was said to have been sick before her death.

Rereoluwa was the daughter of veteran broadcaster, Gbenga Aruleba

However the cause of their deaths, deepest sympathies should be extended to the family. Quite traumatic moment . How do one console a mother to take heart of the loss of a child she carried for nine months in her womb? How do we tell a father that his dreams and aspirations for his child has abruptly ended?

It is even more disconcerting when such deaths are beyond the private mourning of the parents and relatives. Hon. Stella Oduah was a former Minister of Aviation under the President Goodluck Jonathan adminstration between 2011-2014. Due to the nature of her job, she was very visible in the public sphere. She further gained international exposure when she was chosen as one of the delegates chosen by President Goodluck Jonathan to attend the Papal inauguration of Pope Francis. Hon. Stella Oduah courted more fame as the Director of Administration and Finance of the political campaign of then President Goodluck Jonathan which she further accentuated when she was elected as one of the 100 senators elected to the 8th Assembly.

Although, not famed as a politician, Gbenga Aruleba is well known as a political commentator and no broadcast political discourse is complete without his analysis. As a trained journalist with many years of working experience on which his current position as Head of Current Affairs at Daar Communications hinges on, Gbenga Aruleba is a much public figure with extensive contacts in and out of the broadcast industry.

Sadly, at this moment of their lives, they are fully in the public consciousness, nursing their pains and struggling with the grief that apparently makes no sense to them, while intense emotions are flying across the social media to sympathise with them. Expectedly, many are re-analysing the lives of the departed ones in a frantic search for clues to the cause of their deaths. Unlike Maxwell, Rereoluwa had more social conmection with the online community when the picture of her dad helping her to blow dry her hair went viral.

Like all parents who have had to deal with the loss of their children, this is one bitter pill to swallow for the Oduah and Aruleba families. However, with the avalanche of well-wishers thronging to sympathise with them, it is expected they’ll find the strength to pull through this dark moment of their lives.